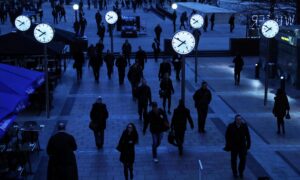 In a proposal that could alter the landscape of U.S. secondary mortgages markets, a key industry association this week urged Congress to break up government sponsored entities (GSEs) Fannie Mae and Freddie Mac into smaller, privately held companies.

The proposal comes on the heels of recent talks in Washington between U.S. Treasury and Federal Reserve officials on the government’s role of ensuring mortgage-market liquidity going forward.

Fannie and Freddie were taken into federal conservatorship last fall after the financial maelstrom set off a domino effect of catastrophic losses in the real estate market. The move underscored the risks of relying on two companies to guarantee over $12 trillion of mortgage debt.

Some analysts have questioned the role of the GSEs for years, noting that investors and mortgage sellers took on excessive risks because they believed that the government would eventually bail out Fannie and Freddie.

The MBA, along with certain industry leaders, think tanks, and academia propose a system of privately owned, government chartered and regulated mortgage credit-guarantor entities to replace Fannie and Freddie. Each entity would have authority to create and market securities backed by a certain type of mortgage.

The new entities would guarantee payments of mortgage-backed securities, and pay premiums to an insurance fund that would step in to assume interest and principle payments to investors should the borrowers and the entities falter.

“Our Council, featuring some of the best minds in our industry, has spent significant time looking at the secondary market—what worked and what didn’t—and came up with these recommendations,” said MBA President John Courson in a statement.

“While this is not the only viable framework, we believe the recommendations represent a workable approach, balancing the government’s ability to ensure liquidity, with the need to protect taxpayers from the credit and interest rate risk inherent in mortgage finance,” he said.

In turn, such mortgage guarantee entities would be subject to strict federal supervision.

The Obama Administration has indicated that new direction for the Government Sponsored Entities should come early next year. But any major overhaul would be subject to extensive political debates, complex industry changes, and moving billions of dollars.

This week’s performance was a reversal of their stock performance last month, where Fannie, Freddie, and American International Group—the three companies that took in the most federal bailout funds—saw their stocks almost triple in the month of August.

So far in September—a historically weak month for stocks—financial shares have taken a beating, reinforcing some analysts’ belief that August’s rally was due to speculation from aggressive traders.