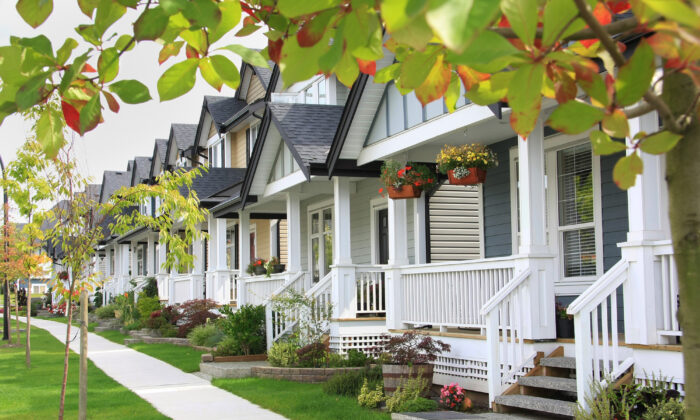 For mortgage borrowers, the recent drop in Treasury yields is likely to translate to a downtick in mortgage rates. (Dreamstime.com/TNS)
Markets

Mortgage rates remain relatively flat as the economy has lost momentum amid the COVID-19 pandemic, according to the latest results of Freddie Mac’s Primary Mortgage Market Survey.

According to the data released Thursday by the federally chartered mortgage investor, the rate on a 30-day fixed-rate mortgage averaged 2.88 percent for the week ending Sept. 9, up slightly from 2.87 percent last week and higher than the 2.86 percent rate it averaged a year ago.

While the economy is still growing, it has lost momentum over the last couple of months due to the current wave of new COVID-19 cases, which has led to weaker employment, according to Freddie Mac’s chief economist, Sam Khater.

“Consequently, mortgage rates dropped early this summer and have stayed steady despite increases in inflation caused by supply and demand imbalances. The net result for housing is that these low and stable rates allow consumers more time to find the homes they are looking to purchase,” Khater said.

Rates on 15-year fixed-rate mortgages averaged 2.19 percent, up slightly from 2.18 percent in the previous week. Rates averaged 2.37 percent a year earlier, according to Freddie Mac.

Five-year Treasury-indexed hybrid adjustable-rate mortgages, or ARMs, on average stood at 2.42 percent, down slightly from 2.43 percent the previous week and lower than the 3.11 percent rate a year earlier.

The survey is based on home purchase mortgages with a loan-to-value of 80 percent.

It comes shortly after the Labor Department’s lackluster August jobs report, which showed the U.S. economy added a disappointing 235,000 jobs during the month, versus expectations of around 750,000, while the unemployment rate declined by just 0.2 percent to 5.2 percent.

“While the economy continued to add jobs in August, the pace was lower than expected, but the unemployment rate improved nonetheless. With little economic data on tap this week, mortgage rates are likely to remain in their holding pattern,” Hale said.

“However, with inflation a simmering concern, when mortgage rates do begin to move, they will most likely move higher. For homebuyers and refinancers alike, mortgage rates remain favorable, but may not remain so for long.”

Last week, the number of applications for home mortgages dropped to the lowest level since mid-July, dampened by declines in refinancing activity and purchase applications, according to the Mortgage Bankers Association (MBA).

“Economic data has sent mixed signals, with slower job growth but a further drop in the unemployment rate in August. We expect that further improvements will lead to a tapering of Fed MBS purchases by the end of the year, which should put some upward pressure on mortgage rates,” Mike Fratantoni, MBA’s senior vice president and chief economist, said in the report.