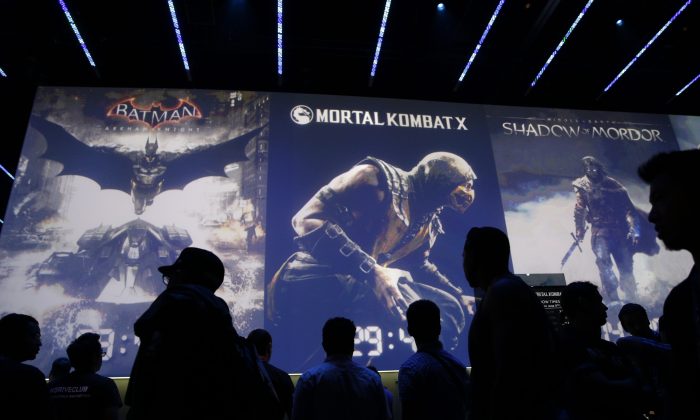 The mobile version of Mortal Kombat X will feature Kenshi, and there’s speculation that he’ll be in the console version of the game, according to recent reports.

But a leaked screenshot posted on the NeoGAF forum suggests that Sonya Blade, Johnny Cage and Jax will also be returning.

NetherRealm Studios has not confirmed if the characters will be available in Mortal Kombat X.

“The NeoGAF leak also showed more of the character model renders for Jax in Mortal Kombat X. He still has his metallic arms, although he looks much older as well. It’s safe to say that most of these guys are around 40 years or older now,” according to Attack of the Fanboy, which reported on the leak.

Regarding Kenshi, “What’s interesting is that Kenshi’s son, Takahashi Takeda, was recently revealed for the brawler, so perhaps Kenshi’s inclusion will allow us to explore their relationship on a deeper level. At this stage the number of rumored characters is growing by the day, so it should be interesting to see the final roster when Mortal Kombat X arrives,” said IGN.

The game will arrive on consoles in April, and according to creator Ed Boon, it will have brutalities–a staple in the franchise. A “Brutality Trailer” was released ahead of the game’s launch about a week ago.

NetherRealm’s Brian Lebaron told Polygon there are “over 100” brutalities in the game with varying levels of difficulty.

Per Polygon: “Players will be able to combo their way into a brutality, Lebaron said, but the flashy finishing move won’t cause extra damage or give players an unfair game advantage. It’s really just a new finishing move option that’s based on existing special moves and a way to show off your Mortal Kombat skills.”

Brutalities were introduced in the console versions of Ultimate Mortal Kombat 3. They were a finishing move that resulted in a long combo that made opponents explode.