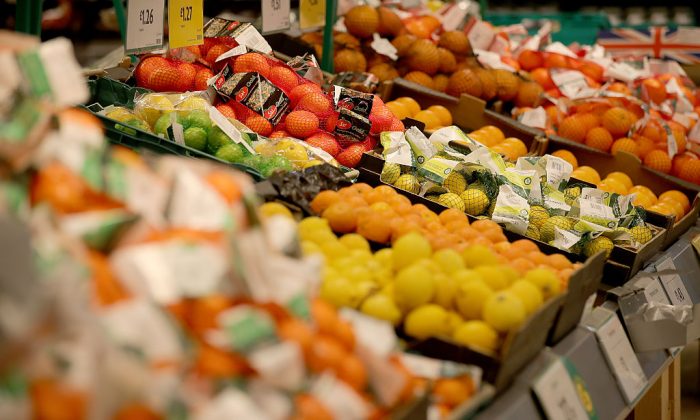 Morrisons is selling value vegetable boxes, including a wonky veggie box for 3 pounds ($4), and a British veggie box for 5 pounds ($6) the supermarket said on Thursday, Sept. 28.

The new product puts Morrisons in competition with its “big four” supermarket rival, Asda, that recently launched wonky vegetable boxes that retail for £3.50 each.

Asda was the first supermarket to sell boxes of misshapen veggies, launching in January 2016. They were a massive hit with shoppers.

Tons of vegetables, which are not perfectly shaped for supermarket shelves are thrown away each year.

Morrisons claims that its £5 veggie boxes contain enough vegetables to feed a family for four or five days.

The boxes are a less expensive alternative to upmarket vegetable boxes like Abel & Cole’s boxes that sell for £12.50 ($16.70) each, and Riverford Organic vegetables that retail at £13.95 per box.

“We’ve listened to our customers who told us they want even more affordable veg. They are a great way for our customers to buy British or eat seasonally or feed the family for the week,” said Andy Todd, vegetable buyer at Morrisons.

Earlier this year, a group of MPs urged supermarkets to “relax rules” that prevent the sale of imperfectly shaped vegetables.

The politicans in the Environment Food and Rural Affairs Committee also recommended all supermarkets publicly report data on all their food waste in its report. Over £10 billion ($13.4 billion) worth of food is thrown away by U.K. households every year, the report said.

In July 2009, a controversial EU ban that specified the marketing standards on 26 types of fruit and vegetables was lifted. Since then, curvy cucumbers, bendy beans, and generally wonky vegetables have been allowed on the shelves.

The £5 veggie box from Morrisons is available in stores nationwide from Sept. 28, while the £3 wonky veggie box and an £8 organic veggie box will be available online from Oct. 2.