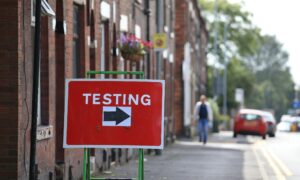 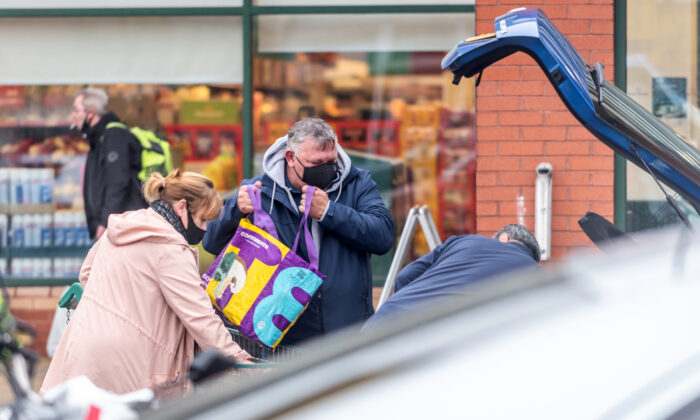 Shoppers outside a branch of Morrisons in Portsmouth, UK, on Dec. 21, 2020. (Andrew Hasson/Getty Images)
UK

Morrisons has become the first UK supermarket to explicitly ban people who refuse to wear a face-covering from entering their stores, unless medically exempt.

The supermarket—the fourth-largest by market share in the country—did not indicate how medical exemptions will be identified or if they will need to be proven.

Laws enacted in the spring state that face coverings must be worn in public buildings, including shops. However, stores have taken a hands-off approach, adopting policies of not challenging members of the public but instead offering masks for free.

However, with the CCP virus surging to record levels, pressure is growing for closer compliance with rules, with police saying they will enforce more strictly rules the public has no excuse not to know.

Morrisons Chief Executive, David Potts said in a statement emailed to the Epoch Times, “Those who are offered a face covering and decline to wear one won’t be allowed to shop at Morrisons unless they are medically exempt. Our store colleagues are working hard to feed you and your family, please be kind.”

Morrisons said that they have set up robust safety measures since the start of the pandemic, including plastic screens, free face coverings, managed checkout queues, rigorous and regular cleaning, and clear signage and instructions for customers. “From today we are further strengthening our policy on masks,” they wrote.

Sainsbury’s—one of the other biggest four supermarkets in the country—later also said that they were following suit. “Following a successful trial over the weekend, Sainsbury’s will this week put trained security guards at the front of stores to challenge those who are not wearing a mask or who are shopping in groups,” they said in a statement emailed to the Epoch Times. Asda and Tesco have not responded to a request for comment.

The announcement comes amid reports that the government is considering tougher curbs to try to stem the spread of the CCP virus.

On Friday, daily recorded deaths reached the highest level since any time during the pandemic and hospitalisations of people with COVID-19 have been rising above the spring peak since the New Year.

With the third national lockdown in England, police forces have adopted a more stringent enforcing of laws put in place to try to stem the spread of the CCP (Chinese Communist Party) virus.

England’s largest force, the Met Police, said last week in a statement that they have instructed officers to issue fines more quickly than in the past since the public is now more aware of the rules.

“In practice this will mean that all those attending parties, unlicensed music events, or large illegal gatherings, can expect to be fined—not just the organisers of such events,” the Met said in a statement.

With the current lockdown rules allowing fewer “reasonable excuses” for people to leave their homes, the Met said that people can “expect officers to be more inquisitive” as to why people are out and about.