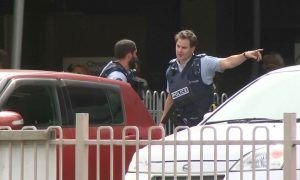 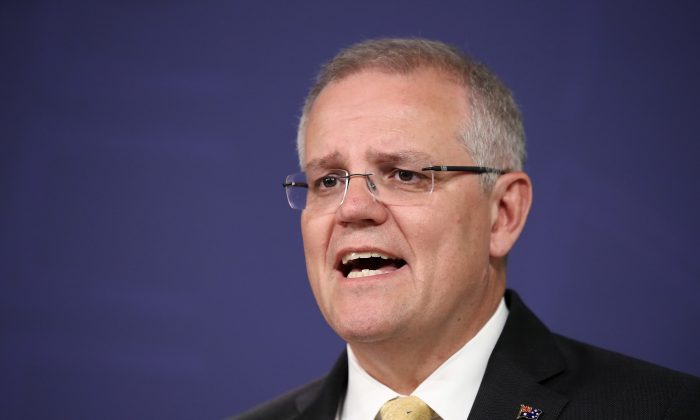 Scott Morrison has condemned comments from Senator Fraser Anning blaming the Islamic community for the New Zealand mosque shooting, saying they are “appalling and they’re ugly and they have no place in Australia.”

The remarks by Senator Fraser Anning blaming the murderous attacks by a violent, right-wing, extremist terrorist in New Zealand on immigration are disgusting. Those views have no place in Australia, let alone the Australian Parliament.

We will always protect and defend our Muslim community here in Australia and their right to peacefully practice their religion without fear. I am also disgusted by, and completely denounce, comments that seek to denigrate Muslims and Islam and will always speak out against this.

“I am utterly opposed to any form of violence within our community, and I totally condemn the actions of the gunman.

“However, while this kind of violent vigilantism can never be justified, what it highlights is the growing fear within our community, both in Australia and New Zealand, of the increasing Muslim presence.

“As always, left-wing politicians and the media will rush to claim that the causes of today’s shootings lie with gun laws or those who hold nationalist views but this is all clichéd nonsense.

“The real cause of bloodshed on New Zealand streets today is the immigration program which allowed Muslim fanatics to migrate to New Zealand in the first place.

“Let us be clear, while Muslims may have been the victims today, usually they are the perpetrators. World-wide, Muslims are killing people in the name of their faith on an industrial scale.

“The entire religion of Islam is simply the violent ideology of a sixth-century despot masquerading as a religious leader, which justifies endless war against anyone who opposes it and calls for the murder of unbelievers and apostates.

“The truth is that Islam is not like any other faith. It is the religious equivalent of fascism. And just because the followers of this savage belief were not the killers in this instance, does not make them blameless.

Anning finished by quoting a passage from the Bible and saying, “Those who follow a violent religion that calls on them to murder us (non-believers), cannot be too surprised when someone takes them at their word and responds in kind.”

The prime minister announced the government would censure the Queensland independent, after he and Foreign Minister Marise Payne joined the congregation at Lakemba Mosque for prayers on Saturday.

Morrison said there had been discussions between Senators Mathias Cormann and Penny Wong about a bipartisan motion when parliament returns in April.

“These comments are appalling and they’re ugly and they have no place in Australia,” he told reporters in Sydney.

“In the Australian Parliament also. And he should be, frankly, ashamed of himself.”

Opposition leader Bill Shorten voiced his anger at Anning, saying he was “chasing a headline.”

“I do wonder if he’s made Australians less safe overseas,” he told reporters in Melbourne.

“That’s another reason not to give this fool any more oxygen.”

While families in Christchurch mourn for loved ones they’ve lost, an obscure Australian Senator saw this act of terrorism and tragedy as an opportunity to blame the murder victims.

Labor frontbencher Tony Burke described Senator Anning’s comments as “hate speech”, and told the ABC “the normalisation of bigotry is something that is not only confined to him.”

“We need to call it out, we need to make sure that no way any member of parliament fosters it. He wants the conflict and he wants the notoriety,” he said.

Bilal Rauf from the Australian National Imams Council said Anning’s statement “may as well have been an extract from the manifesto of the person that perpetrated these heinous crimes.”

“While they may be words, words create a certain environment, they embolden certain people, they give them a platform or a sense of confidence that they can do certain things,” he said.

“I hope there is a real question as to his position as a federal parliamentarian given the privileges and the responsibilities which are attached to that.”

A lot of people have been asking why I don’t join Pauline Hanson’s One Nation Party. This is an example of why it won’t work, in this case Pauline has chosen to run a Muslim candidate Emma Eros in the NSW election.

I stand totally against any Muslims in our Parliament.

Anning has continually been dropped from all the political parties that he was able to join. Most recently, Bob Katter, leader of Katter’s Australian Party, dropped Anning from his party after Anning called for a European immigration program in his first speech in Parliament.

“Clearly that is racist,” Katter said at the time.

A change.org petition calling for Anning’s expulsion from parliament has amassed about 250,000 signatures.

“We call on the Australian government to expel this man who blames victims for their own violent deaths, and uses references to genocide to further his hateful agenda.”

Meanwhile, a 17-year-old boy was arrested after allegedly throwing an egg at Senator Anning at a speaking event at Moorabbin in Melbourne on Saturday.

Political solidarity over the New Zealand attack has been shattered by the controversial Senator Fraser Anning, who's lashed out at a young protester. #9News | http://9News.com.au

The teenager has since been released pending further inquiries.

Out of respect and in condolence for all those killed in the terrorist attack in New Zealand, I have asked for flags to be flown at half-mast. pic.twitter.com/0qgIrmdgoH

Australian flags across the country were flown at half mast on March 16 as the country grieved with New Zealand over the loss of life cause by the mosque massacre.

Locals in Christchurch have spent the day in mourning but scenes shared on social media have also showed how they have been coming together to grieve and strengthen their solidarity with acts of love.

The Epoch Times staff contributed to this report