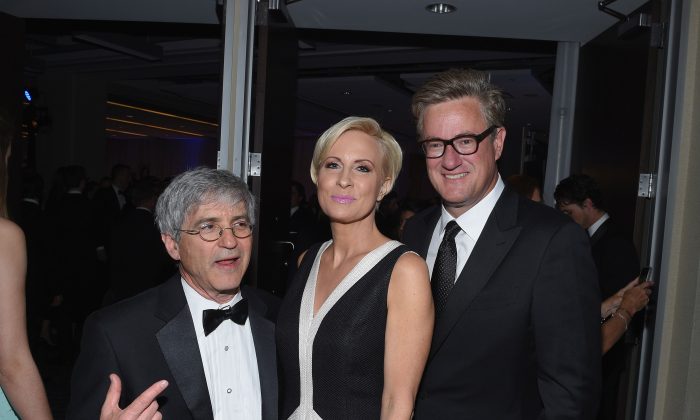 Former GOP Congressman Joe Scarborough, the current host of “Morning Joe,” said that he’s leaving the Republican party to be an independent.

On the CBS “Late Show,” he made the announcement with co-host and fiancee Mika Brzezinski.

“Aren’t you a Republican?” Colbert asked. He responded, “I am a Republican, but I’m not going to be a Republican anymore … I’ve got to become an independent.”

President Donald Trump excoriated Scarborough and Brzezinski via his Twitter account recently, blasting them as “Psycho Joe” and “low-I. Q. Crazy Mika.” This drew a rebuke from the two co-hosts on their MSNBC show. Trump also claimed that Brzezinski “was bleeding badly from a facelift” when he saw her and Scarborough as they visited his Mar-a-Lago resort last year.

Scarborough, 54, served in the United States House of Representatives from 1995 to 2001 as a Republican from the 1st district of Florida. Brzezinski was formerly a CBS correspondent and was its principal “Ground Zero” reporter during the Sept. 11, 2001, terrorist attacks in New York City.