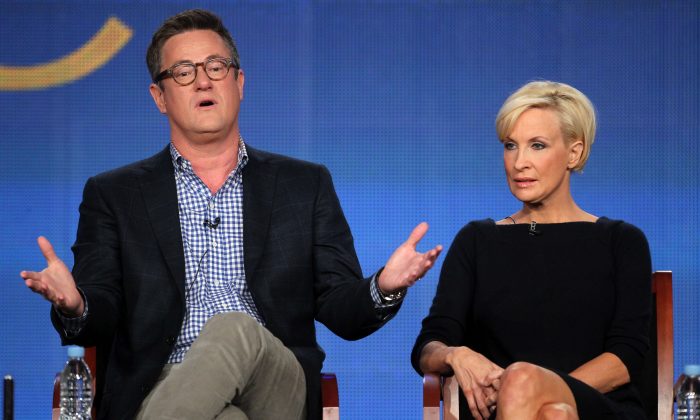 MSNBC’s “Morning Joe” co-host Mika Brzezinski issued an apology for comments she made regarding recently-ousted reporter and analyst Mark Halperin, who was accused of sexual harassment and assault.

Brzezinski made critical comments of women who had accused Halperin of harassment. On Friday’s “Morning Joe” show, she said that Halperin “is more than willing to meet with his accusers and apologize [to] them face-to-face.”

The Washington Post reported that 10 women who accused Halperin of misconduct issued a statement after Brzezinski’s comments. “We would ask for Ms. Brzezinski for higher standards of editorial judgment, compassion, and human decency,” they stated.

Just got this: Ten women who have accused Mark Halperin of sexual misconduct send statement to @msnbc rebutting @morningmika’s comments this morning about Halperin: pic.twitter.com/wgDStvilwM

Then, Brzezinski—the daughter of President Jimmy Carter’s National Security Advisor, Zbigniew Brzezinski—issued an apology for her comments over the weekend.

Given how many media friends he has, and how ingrained he was into so many parts of media culture, Mark Halperin is a good bet for "First Disgraced Predator to be Restored to his Prior Stature" https://t.co/ncbmG6mAyj

“We have been trying our best on Morning Joe to have an honest conversation about sexual harassment and sexual assault,” Brzezinski said in the statement, according to EW.com.

“The issue has hit close to home given that Mark Halperin was on our show. I have spent a lot of time talking to some of his accusers and to Mark himself. Often I bring up the issue on our show because I think it would be less than genuine to talk about the growing number of cases without recognizing that a former member of our team acted very badly.”

“In our discussion about sexual harassment this morning, I said some things that hurt people,” she continued.

“In the case of Mark, my goal today was to start a conversation about hearing from the men whenever we can, but I realize that it is not my place. It isn’t my call to make, and for that I am truly sorry. As a victim of sexual assault, I understand that each individual’s case is different. This is up to the victims, some of whom I’ve been in contact with. My hope is for all of us to come together to support the brave women who speak out and help make workplaces safer as we continue this difficult conversation in the months and years ahead.”