Painting the Future of Transportation
0 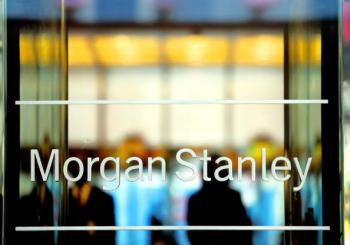 Morgan Stanley said that earnings were $867 million last quarter, largely due to record revenues from its brokerage arm, which is the largest on Wall Street. The company made profits of $617 million in the fourth quarter of 2009.

The company said that the biggest turnaround was in the firm’s wealth management business, which made a pre-tax loss of $37 million in fourth quarter 2009 but made $390 million of profits last quarter.

In total, the wealth management business, which contains Morgan Stanley’s joint venture with Citigroup, had $3.35 billion in revenues. The company said that equities trading revenues were $1.08 billion, a 40 percent increase from the fourth quarter of 2009.

“Despite this year's challenging markets, we delivered strong results in Investment Banking enhancing our leadership positions in M&A, global equity and IPOs based on the strength of our banking, capital markets and equities teams,” said CEO James Gorman in a statement.

The company’s fixed-income (bond) sales and trading revenues came in at $813 million, lower than expected for the firm and far lower than its Wall Street rivals.

“While we made progress in building out our Fixed income business through investments in both people and technology, there is more to be done to drive revenue and market share growth,” Gorman said.