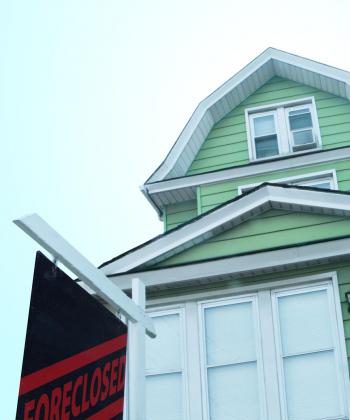 Foreclosures are increasing in the New York City area and experts say it has not hit bottom yet. (Mingguo/The Epoch Times)
Real Estate

The Mortgage Crisis: A ‘Failure of Leadership’

Heide B. Malhotra
View profile
Follow
biggersmaller
Print
WASHINGTON—More regulatory action is not the answer to the ongoing subprime mortgage mess, according to industry experts and academia.

The mortgage market will rebound once market confidence returns, and when transparency and rational decision making overtake greed and speculation.

For years, many investors—even seasoned institutional investors—bought into mortgage securitization. Government-sponsored lenders such as Fanny Mae and Freddie Mac bought mortgages and packaged them into derivative instruments, with varying degrees of returns and risk profiles.

However, the formerly foolproof investments began to falter last year, as many loans went sour resulting in mounting losses for investors and businesses.

“Indeed, default rates were so low in the mortgage-based securities market that banks and other private financial institutions were eager to take a piece of the residential business,” according to a series of reports and interviews from Knowledge@ Wharton (KW) discussing weaknesses, strengths and presumed regulatory changes in the mortgage industry.

The bursting of the housing bubble began in earnest in 2006, when some loans defaulted due to increases in adjustable interest rates.

Credit rating agencies, responsible for assigning credit ratings to individual and packaged loans, were often the only measurement of quality available to investors. But during the height of the real estate boom some rating agencies relaxed their due diligence, and as gatekeepers of the industry, neglected their fiduciary responsibility.

Many issuers and Wall Street brokers also had cozy relationships with the rating agencies, some of the largest being Moody’s Investor Services, Fitch Ratings Ltd. and Standard & Poor’s. As a result, securities with “AAA” ratings—the highest credit rating possible—became commonplace.

“Monoline” insurers, or insurance companies that specialize in insuring bonds, gave an additional stamp of approval. But as defaults skyrocketed, some “Monoline” insurers have recently filed for bankruptcy protection.

In the wake of an economic downturn and rising housing foreclosures, there is plenty of blame to go around.

In the eyes of Russell Palmer, former dean of Wharton School at the University of Pennsylvania, greed was a fundamental cause of the mortgage mess.

“Wall Street, hedge funds and others [were] looking for any financial machination that they can find to hype their financial returns,” Palmer said in the KW report.

Palmer called the mortgage plight a “failure of leadership” by the so-called experts, who ignored the signs of a bubble ready to burst. Artificially inflated prices—created by hype in the mortgage industry—were obvious to financial experts, but went ignored because of high returns.

At first sight, rising interest rates leading to loan defaults were the culprit.

“Although the growing risks were clear to people who understood the mortgage and housing markets, lenders kept lending because they could earn big up-front fees. They were not terribly concerned if homeowners defaulted later, because the loans were converted into securities that passed the risk onto investors,” explained Susan Wachter, professor of finance at Wharton, according to a KW interview.

Wharton professors suggest that unless the underlying causes that created the subprime market crisis come out into the open, any regulatory or market effort would only provide a band-aid solution instead of a long-term recovery.

One of the reasons for the current crisis is that many parties involved simply ignored the potential risks because they could always push the losses to another party.

Borrowers, lenders and those along the line must retain an interest in the process to assure that on default, they would absorb some of the losses.

“If there is nothing on the other side about what the consequence is of these fee-driven returns, then you are going to have a race to the bottom,” Wachter said.