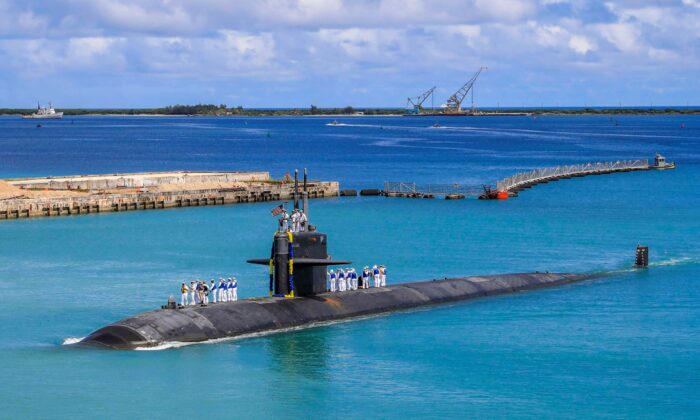 The Pentagon will upgrade infrastructure in Australia and throughout the Pacific as part of its strategy to confront China’s growing influence in the region, according to the department’s 2021 global posture review.

The U.S. military also will boost its presence in Germany, marking a reversal of then-President Donald Trump’s efforts to draw down there, officials said when announcing the results of the assessment.

The Department of Defense released a summary of its review on Nov. 29, outlining a broad plan for how the U.S. military will position resources globally. The U.S. military will largely maintain the status quo in the Middle East, Africa, and Latin America, but will devote more resources to the Indo-Pacific region, according to the summary.

“More broadly, across the Indo-Pacific, you’ll see a range of infrastructure improvements in Guam, the Commonwealth of the Northern Mariana Islands, and Australia,” Karlin said. “Those will include things more broadly like logistics facilities, fuel storage, munitions storage, airfield upgrades.”

Karlin didn’t offer more details, citing the fact that the Pentagon is “in the throes of building our budget right now.”

When discussing Europe policy, Karlin said the Pentagon is increasing the number of troops in Germany as tensions mount along the border of Russia and Ukraine. Trump sought to withdraw troops from Germany and implemented a 25,000-troop limit for the country, but the Biden administration announced earlier this year it was removing that cap.

Karlin said at the press conference that Biden is reversing Trump’s effort to draw down in Germany.

“Some of the bigger pieces of the global posture review are the fact that we are not moving 25,000 troops from Germany,” she said. “Indeed, we are actually increasing troops in Germany.”

According to the Ukrainian government, more than 110,000 Russian troops have gathered near the border. Pentagon press secretary John Kirby told reporters on Nov. 29 that the military is “watching that closely.”

“And we continue to call on Russia to be more transparent about what they’re doing, what their intentions are, what their—what units are placing there, and to what end,” Kirby said. “I obviously can’t speak to their intentions, but we continue to believe that any escalatory or aggressive actions would be of great concern, not only to the United States, but to our allies and partners there on the European continent.”

However, the review stated that the military will maintain its presence in Iraq and Syria to continue the campaign against ISIS and build the capacity of local partners.

“Looking ahead, the global posture review directs the department to conduct an additional analysis on enduring posture requirements in the Middle East,” Karlin said. “We have global responsibilities and must ensure the readiness and modernization of our forces. These considerations require us to make continuous changes to our Middle East posture, but we always have the capability to rapidly deploy forces to the region based on the threat environment.”

Meanwhile, the Pentagon is still conducting multiple interagency reviews to assess whether it has the resources to properly counter threats in Africa from regional violent extremist organizations.

“The global posture review is prescribing some further analysis, both on the Middle East and Africa. And I think that the Afghanistan withdrawal is an important piece of that. As we try to understand exactly—are their assets and platforms freed up? Are there different approaches?” she said.

“How do we think about that, obviously, that’s somewhat fundamental, given just how long our presence was there.”