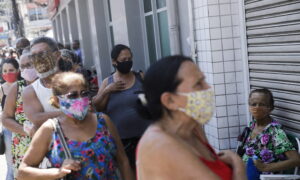 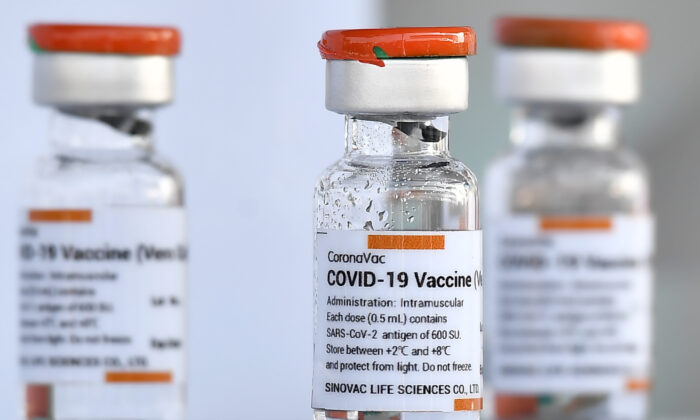 Evidence shows more than half of the 10 most severely affected countries by the CCP virus in the world have used Chinese vaccines.

Our World in Data, an online database created by the UK’s Oxford University, provides data on the number of infections per day per 1 million people.

In Seychelles, 57 percent of its vaccines are from China’s Sinopharm for the 18 to 60 age group, the other 43 percent administered to those over 60 using AstraZeneca vaccines, according to the New York Times.

In South America’s Uruguay, citizens had received about 2.74 million doses as of May 29. Among them, 80 percent of the shots were Sinovac products, China News Service reported.

In Bahrain, an island nation of the Middle East, nearly 1 million have received their first shots, accounting for 56.3 percent of the country’s total population, while 47 percent have completed two doses. Among them, the coverage of Sinopharm vaccines exceeded 60 percent of the total in the locality, according to BackChina.com.

Also in South America, Argentina received 4 million doses of Sinopharm vaccines, according to a Tencent report. Additionally, 76.6 percent of Colombia’s vaccines came from China’s Sinovac, NetEase reported. In Chile, as of May 16, the total number of the country’s shots was 16.57 million, of which more than 80 percent were Sinovac products, according to Xinhua News Agency.

The efficacy of vaccine protection in mainland China has also been questioned.

Since China’s homegrown vaccines were approved on Dec. 30, 2020, their efficacy has long been questioned partly due to the opaque development process. Worse yet, the Chinese Communist Party (CCP) authorities have been reluctant to publish reports of adverse reactions to them.

Tao Lina, a Shanghai-based vaccine specialist, commented on 73 possible side effects of Sinopharm vaccines on Weibo, a Twitter-like platform: “[This] vaccine has successfully become the least safe in the world.”

Though the CCP regime has not published any reports of deaths after taking the domestic vaccines, Hong Kong announced 14 death cases, aged 55 to 80, after receiving the vaccination, which occurred within one month since Feb. 28.

Dr. Li Longteng, the dean of the General Hospital of Taipei Renji Hospital, told The Epoch Times in an interview that importing China-made vaccines to Taiwan is essentially a “fake issue” because both Sinopharm and Sinovac vaccines are inactivated ones.

“Their security is really not so good. Nor is their efficacy,” he added.

He noted that even North Korean leader Kim Jong-un has banned the use of Chinese drugs, including China-made vaccines against COVID-19, in the main hospitals in its capital, Pyongyang, after a senior regime official died in May after taking a medicine produced in China.