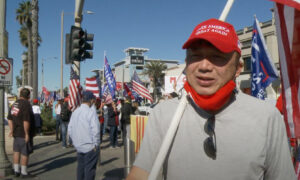 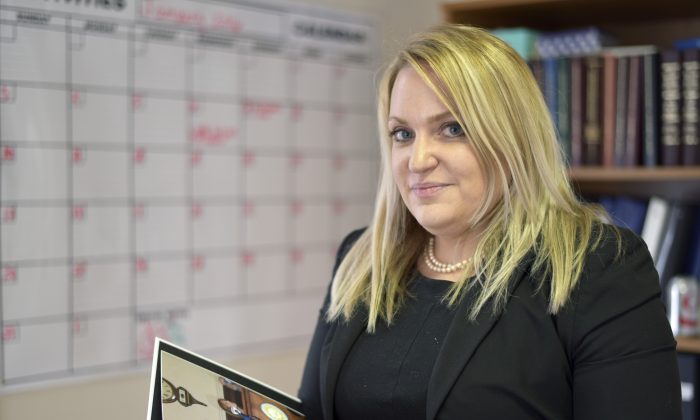 Amanda Grady Sexton, director of public policy for the New Hampshire Coalition Against Domestic and Sexual Violence, in her office in Concord, N.H., on Feb. 1, 2016. Sexton is holding a book of photos documenting efforts that led to the enactment of a state law that specifically created a domestic violence charge, allowing authorities to prevent those convicted of such crimes from buying or possessing a firearm. (AP Photo/Lisa Marie Pane)
US

More Than 5,700 Charged Under Joshua’s Law Since Inception

CONCORD, N.H.—In 2014, New Hampshire enacted a law that expressly created a domestic violence charge to cover cases of abuse involving intimate partners. The enactment of a specific domestic violence charge allowed the names to be entered into a federal database that prohibits people convicted of such charges from purchasing or possessing a firearm. Here at a glance are key details of what is known as Joshua’s Law:

The law was named after Joshua Savyon, a 9-year-old boy killed by his father during a supervised visit. About 40 minutes into the visit, Muni Savyon pulled out a firearm and fatally shot his son before turning the gun on himself. Afterward, Joshua’s mother, Becky Ranes, sought a change in New Hampshire’s laws that would prevent people convicted of domestic violence from purchasing or possessing firearms.

How Is the Law Different From Other Crimes of Violence on the Book?

How Often Has a Domestic Gun-Related Homicide Happened in New Hampshire?

From 2006 to 2014, there were 15 gun-related domestic homicides in New Hampshire. That figure is based on data that law enforcement authorities provide to the FBI.

What Were the Hurdles in Getting the Law on the Books in New Hampshire?

Amanda Grady Sexton, the director of public policy at the New Hampshire Coalition Against Domestic and Sexual Violence, said one key challenge was ensuring that lawmakers did not view it as an anti-gun measure.

“New Hampshire is a strong Second Amendment state, and firearms are part of everybody’s lives here—and not just in the North Country,” she said.

Nearly half of New Hampshire residents either own a firearm or live in a household where firearms are present. The state is home to several gun manufacturers, including Sig Sauer and Ruger. It has a long history as a sportsman’s paradise of backwoods hunting. People are allowed to have a firearm in their possession while visiting the Statehouse.

Sexton said that while lobbying for the measure, advocates needed to make clear they were trying to prevent domestic violence. “Gun owners should be responsible gun owners,” she said.

How Many Cases Have Been Brought Since the Measure Was Enacted?

The law went into effect on Jan. 1, 2015. Since then, more than 5,700 cases have been brought against suspects, according to records provided by Donald D. Goodnow, the director of the New Hampshire Administrative Office of the Courts.