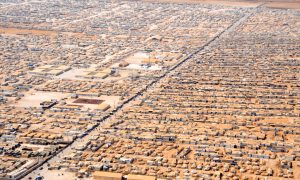 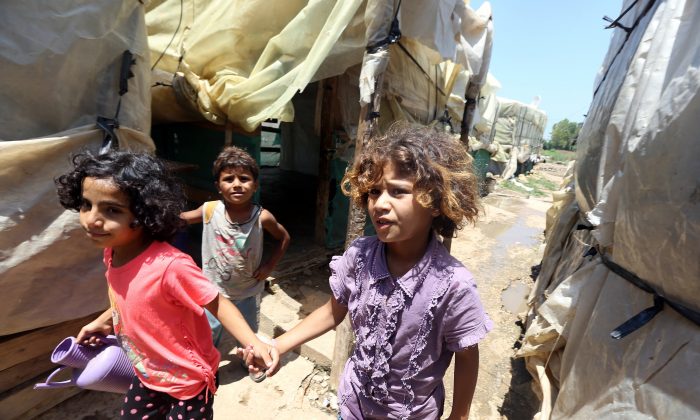 Syrian refugee children walk at an informal refugee camp in the area of Zahrani, south of the Lebanese capital Beirut, on July 9, 2015. (Joseph Eid/AFP/Getty Images)
International

ISTANBUL—More than 4 million Syrians have fled abroad since the 2011 outbreak of civil war, the largest number from any crisis in almost 25 years, the United Nations said Thursday.

A recent wave of people leaving Syria and an update of Turkish statistics confirmed the tragic milestone, according to the U.N. refugee agency, UNHCR. The agency said 7.6 million additional people have been displaced from their homes within Syria by the fighting.

The 4 million refugees are the most to flee a conflict since the Afghan civil war forced 4.6 million out of their country beginning in 1992.

“This is the biggest refugee population from a single conflict in a generation,” U.N. High Commissioner for Refugees Antonio Guterres said. “It is a population that needs the support of the world but is instead living in dire conditions and sinking deeper into poverty.”

The flow of refugees is accelerating only 10 months after the agency said more than 3 million Syrians had fled their country.

Turkey has borne much of the impact. In June alone, according to UNHCR, more than 24,000 people arrived from northern Syria amid fighting between the Islamic State group and Kurdish militants. The more than 1.8 million Syrians in Turkey have made it the biggest host of refugees in the world, an expensive undertaking that Turkey is bearing mostly on its own.

“What are we going to be facing in another year’s time?” Andrew Harper, the UNHCR chief in Jordan, asked in an interview with The Associated Press.

Harper emphasized that countries involved had to figure out ways to keep the Syrian refugees productive.

“We should make sure that the people who are here, the skills, the work, the ability, are not wasted,” Harper said. “We do not want to warehouse the refugee population of four million. Just imagine the amount of productivity they could contribute to an economy.”

The dire situation is pushing a wave of Syrian refugees to escape to Western Europe, taking increasingly risky paths across the Mediterranean as European countries resist the flow of migrants and refugees.

“We cannot afford to let them (the refugees) and the communities hosting them slide further into desperation,” Guterres said.