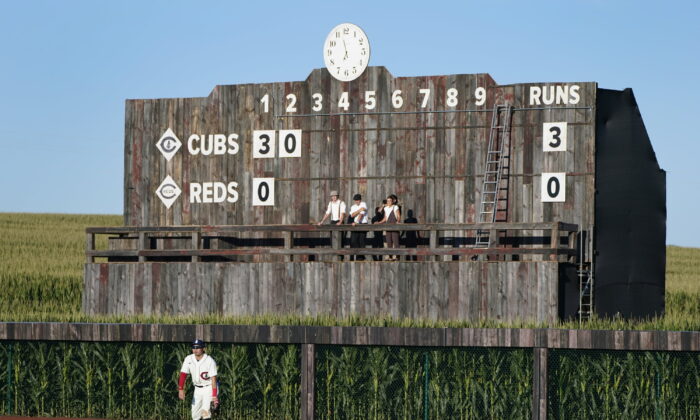 More Than 3.1 Million TV Viewers for ‘Field of Dreams’ Game

NEW YORK—More than 3.1 million viewers watched Fox Sports’ broadcast of Major League Baseball’s second “Field of Dreams” game, about half of the audience for the 2021 game.

The Chicago Cubs beat the Cincinnati Reds 4–2 on Thursday night at a throwback ballpark in eastern Iowa, a short walk from the main field for the 1989 movie.

Fox Sports said Friday it was the most-watched regular-season baseball game on any network this year.

The 2021 game, a wild 9–8 victory for the Chicago White Sox against the New York Yankees, attracted nearly 6 million viewers in what MLB said was the most-watched regular-season game on any network since 1998.

Major League Baseball has not committed to returning to the site.