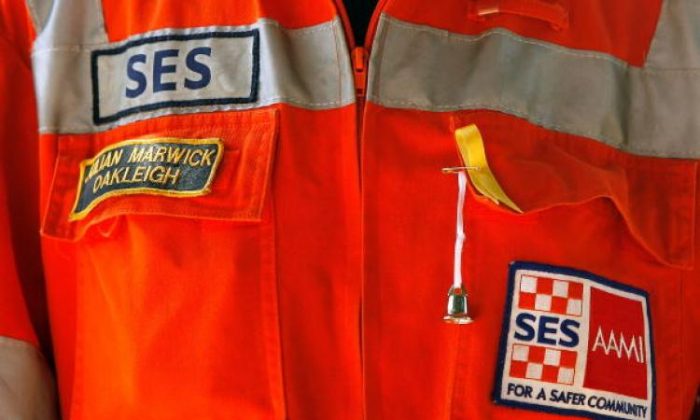 The SES reminds the public to telephone 132 500 if they require SES assistance. (Quinn Rooney/Getty Images)
Australia

More Than 16,000 Australians Without Power as Winter Storm Causes Chaos

More than 16,000 Australian households and businesses in the southern Australian state of Vicotria were without power on Wednesday morning after wild winds lashed the state overnight.

AusNet Services reported the most unplanned outages, with more than 15,000 as of about 9 a.m. The outages were most significant to the east of Melbourne and in the state’s far southeast.

Victoria’s State Emergency Service have also said they have fielded 254 calls for help in the 12 hours to 8.20 a.m on Wednesday, with 214 for fallen trees.

“Take care while out on the road this morning, and watch out for fallen trees, branches and powerlines,” the organisation warned social media followers.

VICSES has received 216 calls for assistance in the 24 hours to 6am, mainly relating to fallen trees.

Take care on the roads this morning. For emergency assistance from SES, 📞 132500.

A severe weather warning remains in place on Wednesday morning for damaging winds in parts of East Gippsland, along with the northeast, west, and South Gippsland forecast districts.

The winds are due to a strong cold front moving over eastern Victoria, which is bringing with it damaging winds with peak gusts of up to 110km/h in the eastern ranges.

Conditions are expected to ease off in the area through Wednesday afternoon.

However, the Bureau of Meteorology warns another cold front would approach the state late on Wednesday evening, with further damaging winds expected in the southwest.

Increasing winds are no longer expected to become damaging over the southwest VIC. pic.twitter.com/2gO0KsST7Z

Peak gusts are forecast to reach about 90km/h.

There is also an air quality warning for winds blowing dust in from central Australia on Wednesday morning through to Thursday.

Melbourne and Geelong are both forecast to have poor air quality as a result.