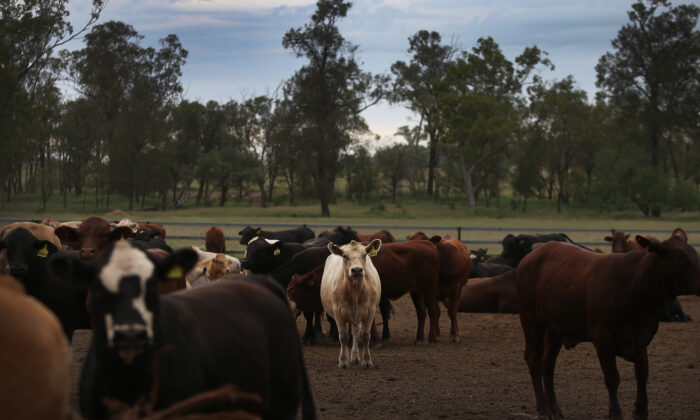 More Than 151,000 Cattle in Indonesia Infected With Foot-and-Mouth Disease

Indonesia will import 3 million vaccine doses for cattle to curb the spread of foot-and-mouth disease (FMD), which has infected over 151,000 cattle so far, the country’s Agriculture Ministry said on June 13.

The outbreak has spread to 18 of the country’s 34 provinces, with the number of infected livestock increasing rapidly from 20,000 in less than a month.

The country requires 27.2 million vaccine doses to vaccinate 17 million livestock, given that each of them will receive two injections in 2022 and one injection the following year, according to the ministry’s official.

The virus was first detected in Sumatra and Java provinces in May. Indonesia last reported the FMD outbreak in 1983.

FMD is highly transmissible and causes lesions and lameness in cattle, sheep, goats, and other cloven-hoofed animals but only rarely affects humans.

The outbreak comes at a time of rising meat prices in Indonesia and ahead of Eid al-Adha, an important Islamic holiday where Muslims traditionally slaughter animals and share the meat with the poor.

Australia offered assistance to Indonesia in May to combat the outbreak and advised livestock industries to liaise with their Indonesian counterparts.

In a statement, the Australian Agriculture Ministry said it reviewed import permits for Indonesia’s animal products that may carry FMD and suspended those of concern.

“The risk to Australia remains low in the absence of close contact between animals or the importation of infected products,” the ministry said.

“FMD is a contagious viral disease found in cattle, sheep, goats, and pigs, with severe consequences for animal health and agricultural trade,” Schipp said in a statement.

“Australia is already working closely with Indonesia to combat animal diseases across our region, and stands ready to provide additional support to help combat and contain the FMD outbreak in Java and Sumatra.”