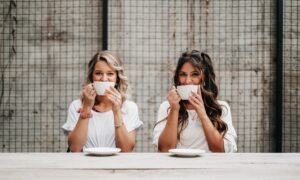 Officials confirmed most of the 151 arrests were related to minor misdemeanor charges, though 12 people got DUIs, as a large crowd gathered for the four-day event that started on May 13, ABC13 reported.

The minor offenses were mostly for public intoxication, and 87 of the arrests were reported within the first 24 hours of the launch of the event, Galveston County Sheriff Henry Trochesset said.

Besides the dozens of people that were charged with disorderly conduct, a man was also taken into custody after being accused of breaking into homes and vehicles.

On Friday, one woman also sustained a severe head injury at a beach house in the area after falling from an electric lift. She was transported to the hospital, where she later died.

The accident was not directly believed to be related to the weekend event, authorities said.

During that same accident, a second woman was also transported to the hospital after suffering from a broken leg, Trochesset told ABC13.

This year’s numbers top those at the event two years ago, when police arrested about 120 partygoers, Breitbart News reported. The weekend-long event also led to six people being hospitalized from injuries received during the party.

More than 21,000 people have since signed a petition calling for an end to the event, saying the partygoers’ irresponsibility has pushed the event over the edge and “allowed it to become a deadly event.”

“Go Topless weekend in Crystal Beach has become more and more dangerous over the years,” the petition claims. “It has become a danger for the people attending and for the residents of Crystal Beach.”

Last year, the event ended with two people getting hospitalized after a shooting, Trochesset told reporters at the time. The men were airlifted for surgery after both of them were shot in the torso when a fight erupted at the party.

To date, officials haven’t announced any suspects or arrests related to the 2020 shooting.