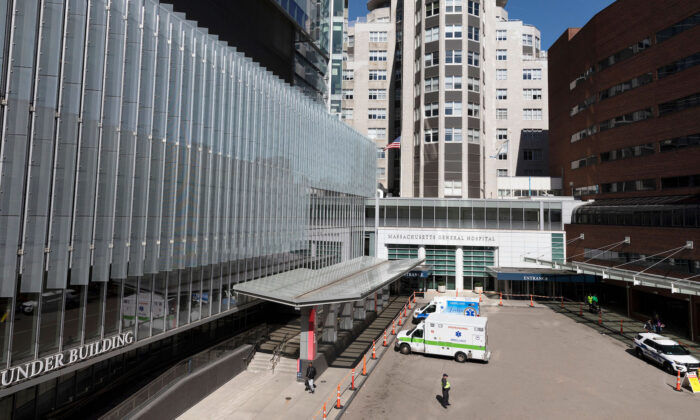 More than 100 hospital workers in Boston have tested positive for the CCP virus, officials at three facilities in the city told CNN.

That news comes as medical officials around the country express fears that hospitals will run short on staff as workers contract the virus from ill patients, even as the rate of sick people going to hospitals still is increasing.

The 100-plus workers who tested positive are at three Boston hospitals. The numbers were reported Wednesday evening by these facilities:

“Employees who have tested positive are not working until after they have been cleared by occupational health services,” Brigham and Women’s Hospital spokeswoman Serena Bronda told CNN.

Massachusetts General Hospital believes most of its CCP virus-positive employees contracted the virus somewhere other than the hospital, representative Terri Ogan said.

That belief comes from “hospital data, our broad implementation of CDC-guided infection control procedures throughout the hospital, and the extent of community spread now ongoing in Massachusetts,” Ogan said.

A Brigham and Women’s Hospital physician told CNN Thursday that her facility’s workforce level is still good, even as sick staffers stay home.

But the physician, Dr. Daniela Lamas, notes that Boston has yet to see the kinds of CCP virus patient surges like those in the New York City area.

“We have yet to see the surge in patients, and one can still hope, perhaps irrationally, that that doesn’t occur. But we are preparing for it,” Lamas, a pulmonary and critical care physician, told CNN’s Jim Sciutto.

By Thursday morning, Massachusetts had reported more than 1,800 virus cases. At least 15 people infected by the virus have died in the state.

New York state has by far the most cases of any state in the country, with more than 37,200.

Medical workers in CCP virus hot spots around the country have said they’re running out of protective equipment like masks, gowns, and gloves, which they would like to have to keep the virus from spreading from patients to themselves in hospitals.

Brigham and Women’s Hospital currently had enough equipment, but “we’re worrying about the day when that’s no longer the case,” Lamas said.

“As we watch New York and as we sort of watch all they’re going through, that has allowed us to ramp up in a way that feels safe,” Lamas said. “Ask us when we’re seeing an onslaught of cases, and I’m not sure.”

Doctors and politicians around the country have warned about staff shortages that could come eventually as hospital staff get sick and temporarily remove themselves from the workforce to convalesce.

States such as New York have called on retired medical workers to be ready to serve as backup staff.

“If you take [sick medical professionals] out of the equation, who steps in to take care of all these patients?” Dr. Rodrigo Kong, emergency medicine physician at New York’s Staten Island University Hospital, told CNN on Thursday.

Massachusetts Nurses: We should Assume All Patients Have the Virus

The Massachusetts Nurses Association has argued that all patients who come for medical aid should be assumed to be infected with the virus.

The association said as much in a Tuesday letter to state officials, urging them to do all they can to ensure medical providers have enough personal protective equipment, or PPE.

“At this point, we should assume all patients are COVID-19 positive. The inability to effectively segregate patients quickly, as well as the lack of available testing with quick results, has left us with co-mingled patients and the virus is ahead of us,” the letter states.

“The shortage of PPE is widely known at this point. Our health care workers are being put in the position of caring for their patients without the proper supplies to protect themselves and their patients,” the letter says.