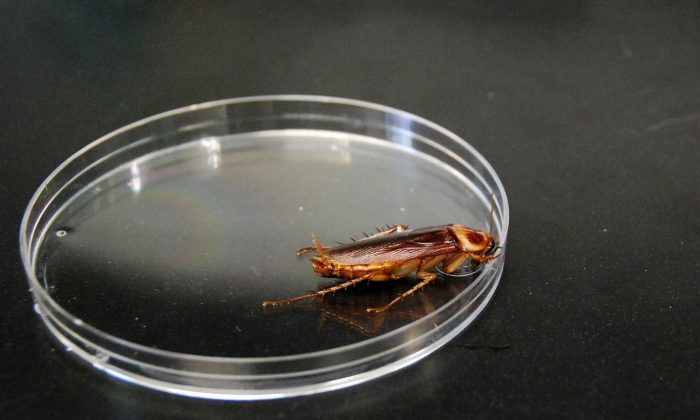 More than a million cockroaches–which were being raised there for traditional medicine–escaped from a Chinese farm, according to reports.

The roaches fled the farm in Dafeng, located in eastern Jiangsu Province, last week and have made their homes in nearby cornfields, reported the AFP news agency, citing the Chinese Modern Express publication. The owner of the farm said that an unknown assailant destroyed the greenhouse in which the insects were being held.

The owner of the farm, Wang Pengsheng, told the Express that he invested more than 100,000 yuan ($16,300) into his roach-raising operation. He spent the cash on Periplaneta americana (American cockroach) eggs and reportedly spent a great deal of time on a business plan.

Some Chinese medicine adherents believe that extracts of the cockroach can be used to treat illnesses, including cancer and inflammation. According to YinYangHouse.com, roach parts or extracts can renew “joints, sinews, bones – contusions, fractures, lacerations” and are also is used for a “wide variety of blood stasis such as abdominal masses and amenorrhea, numb and swollen tongue due to blood stasis.”

Another website, Herbalshop.com, says that the “cockroach is caught in summer, killed by boiling in water and then dried in the sun.” Both websites say that pregnant women should avoid eating them.

Wang told the paper that more than 1.5 million roaches had hatched, and he had fed them “fruits and biscuits” each day. This was before his greenhouse was damaged.

The paper reported that he was going to make around 1,000 yuan for each kilogram of cockroaches that he sold. But it now appears that he lost hundreds of thousands of yuan.

Local officials sent investigators to look into the matter.