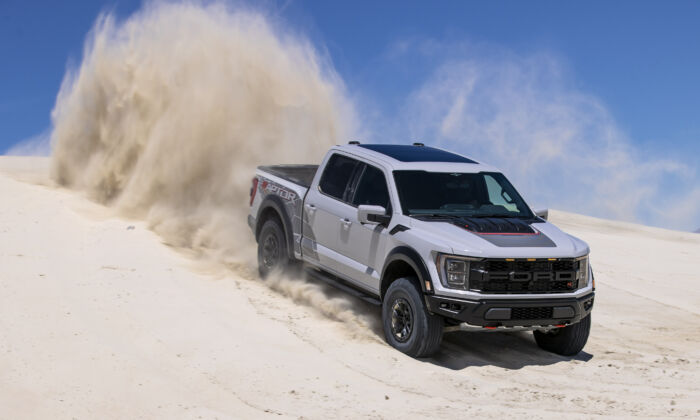 Almost one-third of American states are considering joining California in a ban on gas-powered vehicles. (Courtesy of Ford)
US

And Washington said it would adopt a version of California’s rule by year’s end.

Further, other states have so-called trigger laws that require them to adopt the same emission regulations as California’s—even if they disagree with the requirements.

On Aug. 25, the California Air Resources Board voted to ban the sale of gas-powered cars entirely by 2035—a move impacting 17 states that follow California’s emission regulations.

Moreover, depending on the legalese of each state’s regulations, if California implements a specific condition, then the state tied to California’s standards must follow suit.

For example, under then-Virginia Gov. Ralph Northam, a Democrat, the state tied itself to California’s emission standards when it passed House Bill 1965, which directed Virginia’s State Air Pollution Control Board to “adopt and enforce” Section 177 of the Clean Air Act.

Massachusetts, Washington, and Vermont have similar laws tying them to California.

Washington state’s law requires it to institute a gas-powered vehicle ban precisely like California’s—something Democratic Gov. Jay Inslee supports and described as “a critical milestone in our climate fight.”

In 2004, Republican Gov. John Rowland signed a law tying Connecticut to California. Still, the law allows for “wiggle room,” and officials hedged when asked if Connecticut would ban gas-powered vehicles.

“[California standards] won’t be enforceable here until we’ve actually gone through the process of updating our regulations but, yes we are required to do that as are a number of other states that have followed the California standards for a number of years,” said Shannon Laun, the director of the Conservation Law Foundation of Connecticut.

Not every state tied to California’s emission requirements plans to follow the gas-powered ban, however. Plus, some states, like Virginia, are exploring legal options to resist it.

“While the governor shares the goal of rapidly moving towards electric vehicles, he is skeptical about requiring 100 percent of cars sold to be electric by a certain date as technology is rapidly changing,” the Colorado Energy Office told the AP.

“I would not be inclined to adopt any mandate along those lines. Make electric vehicles available, rebates available—but not a mandate,” Mills stated.

In a statement, New Jersey’s state Department of Environmental Protection spokesman Larry Hanja said that the agency is “committed to achieving the bold clean energy and emissions reduction goals set out by Gov. Murphy.”

He stopped short of saying when or if New Jersey would begin adopting California’s law.

Other states like Delaware, New Mexico, Pennsylvania, Maryland, and Nevada have regulations requiring a certain percentage of vehicles sold to be “zero-emission” by a specific date. Nevertheless, their laws don’t cede power to California.

However, earlier this year, Rhode Island introduced House Bill 7653 and Senate Bill 2448, which were similar to Washington’s law—both measures were “held for further study.” Thus, Rhode Island is not yet required to ban gas-powered vehicles.

The laws in Minnesota are a bit murkier.

In 2020, Minnesota adopted “Clean Car” standards that tie Minnesota to California. However, the Minnesota Auto Dealers Association (MADA) filed a complaint with the State Court of Appeals, arguing that the law improperly delegates the state’s authority to the California Air Resources Board.

“There’s a state law that says one agency can’t write rules for another agency, in this case the agency writing the rules for the MPCA is the California Air Resources Board,” stated MADA president Scott Lambert.

The lawsuit is pending.

Minnesota isn’t the only state with a coalition fighting against instituting a gas-powered vehicle ban.

As stated above, Virginia’s emissions laws went into effect under the previous Northam administration.

Virginia’s new Republican Gov. Glenn Youngkin publicly said he views the law as “ludicrous” and vowed to challenge the law.