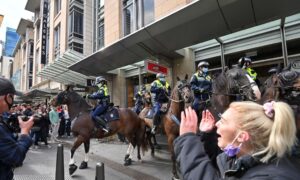 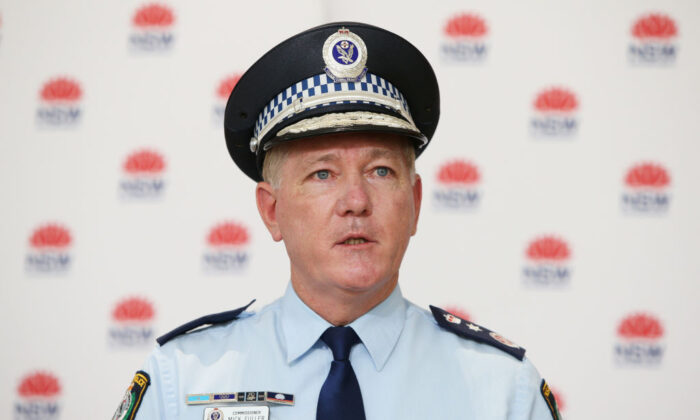 NSW State Premier Gladys Berejiklian told reporters on Aug. 12, “We know that Delta (strain) doesn’t leave any room for error. Even a handful of people doing the wrong thing every day can cause major setbacks.”

“So, if there are additional measures that can increase compliance measures. Well then, of course, the government will accept that,” she said.

She said Fuller had been tasked with ramping up and outlining what measures were needed to ensure more compliance from residents. The commissioner is set to announce the new measures on the afternoon of Aug. 13.

An additional 500 soldiers will meanwhile, be brought in to enforce lockdown compliance and assist with logistics. They will join the existing 300 Australian Defence Force personnel already on the ground working with officials in the restricted areas.

Deputy Police Commissioner Mick Willing told reporters that in the past 24 hours, authorities also issued 407 fines for infringements of public health orders—176 for not wearing a mask—while 56 individuals had been formally charged.

Willing said authorities had received over 1,200 tip-offs from the public of health order breaches, with police responding and checking on 2,700 individuals.

Has Dobbing Become a New Cultural Phenomenon in Australia?

NSW recorded an additional 345 new infections on Aug. 12, with authorities now responding to a spread to regional areas.

One incident on Aug. 11, saw a 52-year-old Sydney man travel to Byron Bay on the state’s north coast while COVID positive. The region was placed under strict lockdown as a result.

Greater Sydney was originally placed under a five-week lockdown due to an outbreak of the Delta variant of the CCP (Chinese Communist Party) virus, commonly known as the novel coronavirus. However, this lockdown was extended by another four weeks on July 28, with the government citing low vaccination rates as the reason behind the stay-at-home orders.

The Institute of Public Affairs estimated that the lockdowns were costing NSW 10,000 jobs per day.

While mental health and suicide prevention service Lifeline Australia recorded its highest number of calls on Aug. 2, attributing the numbers to the Sydney and Brisbane lockdowns.