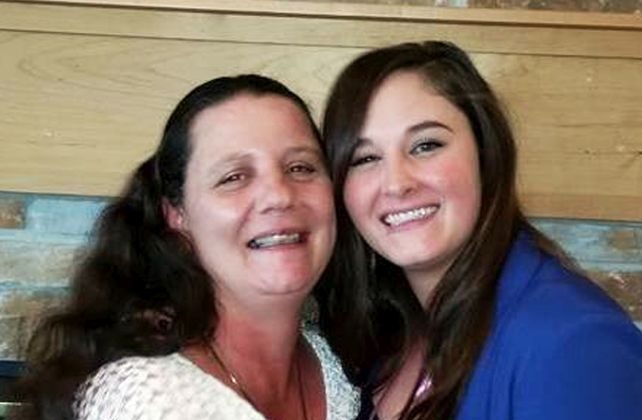 In this July 28, 2016 photo provided by Lanni Klasner, Rita Maze, left, and her daughter, Rochelle Maze, pose for a photo in Great Falls, Mont. Rita Maze was abducted in Montana on Sept. 6, 2016, and found dead in the trunk of her car, found abandoned near Spokane, Wash., International Airport early on Sept. 7. (Lanni Klasner via AP)
Crime and Incidents

More Questions Than Answers in Woman’s Death in Trunk

SPOKANE, Wash.—As investigators try to piece together how a Montana woman ended up dead in her car near Spokane International Airport, they’re running into more questions than answers.

An application for a search warrant says 47-year-old Rita Maze was found in her closed trunk early Wednesday with a 9 mm handgun and two spent shell casings next to her. There was blood on the ground. Her purse, containing $50, was on the passenger side floorboard in the locked car and the keys were in the ignition. An iPad was found on the rear floorboard.

Spokane County Sheriff Ozzie Knezovich said they are still trying to trace how Maze ended up dead more than 320 miles away from a rest stop north of Helena, Montana, where she told her family she had been abducted.

The case is currently classified as a death investigation, not a homicide.

“We know where the body was located; we know where she started out,” he told The Spokesman-Review. “What happened in between? Don’t know.”

Maze’s daughter said her mother called Tuesday evening in a panic, saying she had been overpowered by a man at a rest stop, was in the trunk of a moving vehicle and didn’t know where she was. Maze reportedly said the man had access to the gun she kept in her purse for protection. Rochelle Maze said her mother’s credit card had been used to make purchases at gas stations in Kingston, Idaho and Ritzville, Washington.

“It makes no sense,” her 23-year-old daughter, Rochelle Maze, said. “They could have taken the car, could have taken money from her. And then they leave the car there, and that’s because this is an evil monster of a person.”

An officer who called Maze’s cellphone after Maze contacted her family said someone answered the phone and the officer heard gunshots, then silence, court records said.

Law enforcement officers initially said there was a person of interest, but on Thursday, said that person had been ruled out.

“I believe she was abducted,” Rochelle Maze told The Spokesman-Review. “She did not hit herself, stuff herself in the trunk and drive all the way to Spokane and shoot herself.”

“I believe they shot her and left the gun and keys in there to make it look like she killed herself,” RochelleMaze said. “I know she did not.”

Sheriff’s spokesman Deputy Mark Gregory said the case is being called a death investigation, rather than a homicide, because law enforcement officers do not know what exactly happened to Maze. They do not have a suspect.

“We do not believe there is any imminent danger to the community,” Gregory said.