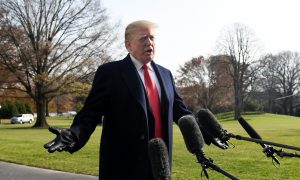 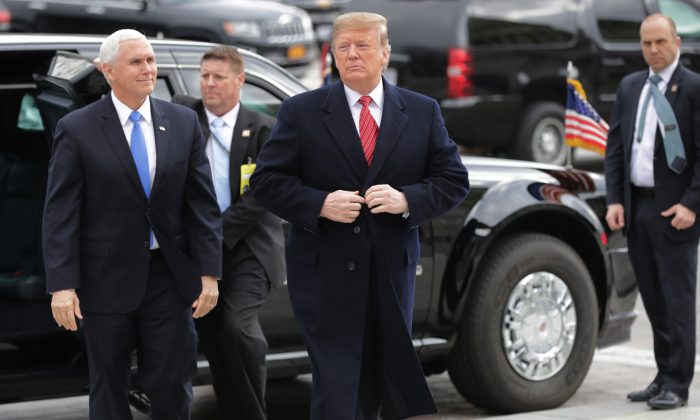 More American voters want Congress to follow President Donald Trump’s lead this year compared to last year, according to a survey released on Jan. 9 by Ramussen, one of the most accurate pollsters in predicting the outcome of the 2016 election.

In a survey gauging the views of likely U.S. voters about the year ahead, 41 percent said that Congress should do more of what Trump wants. That is a 12 percent increase compared to the same time last year, according to Rasmussen.

Meanwhile, the number of Americans who want Trump to do more of what Congress wants has decreased by 8 percent from last year to 48 percent. Twelve percent of the respondents were undecided.

On the day the poll was released, Trump’s re-election campaign manager, Brad Parscale, said the president’s overall job approval rating had reached the highest point since the campaign began tracking it.

“Just received my newest voter score tracking from my team. [Trump] has reached his highest national approval rating since I started tracking. [The Democrats] have really made a mistake going with their gut over data,” Parscale wrote on Twitter.

Trump and congressional Democrats are in a standoff about funding for a border security package. The impasse has resulted in a partial government shutdown, which has lasted for almost three weeks.

Many Americans believe there is a crisis on the Southwest border, according to a survey published by Morning Consult on Jan. 8. The vast majority, regardless of party affiliation, said there is either a crisis or a problem on the border.

Americans are still split on whether a border wall is a good idea. While 44 percent support building a wall on the Southwestern border, 47 percent oppose the idea.

In their public messaging, Democrats seize the image of the wall to appeal to Americans. Republicans continue to point out that the impasse is over a border security package, which includes funds for wall construction alongside funding for more border patrol agents, immigration judges, and a screening technology for ports of entry.

“One of the biggest misdirection tactics you’re seeing from the left: they’re pretending President Trump is ONLY asking for a wall. This is not true. The [White House] has requested more personnel, technology, etc., all things we need too. Wall funding is a necessary PART of the solution,” Rep. Mark Meadows (R-N.C.) wrote on Twitter.

Prior to the midterm elections in November, 52 percent of voters surveyed by Rasmussen said that it would be better for the country if Congress worked with Trump, rather than oppose him.

Trump’s request for border security funding has overwhelming support among Republicans in Congress. But in order to pass the Senate, the spending bill requires the votes of at least seven Democrats.

On Jan. 9, congressional Democrat leaders refused to negotiate a deal.

“I asked what is going to happen in 30 days if I quickly open things up, are you going to approve Border Security, which includes a Wall or Steel Barrier? Nancy said, NO. I said bye-bye, nothing else works!”