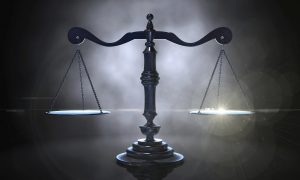 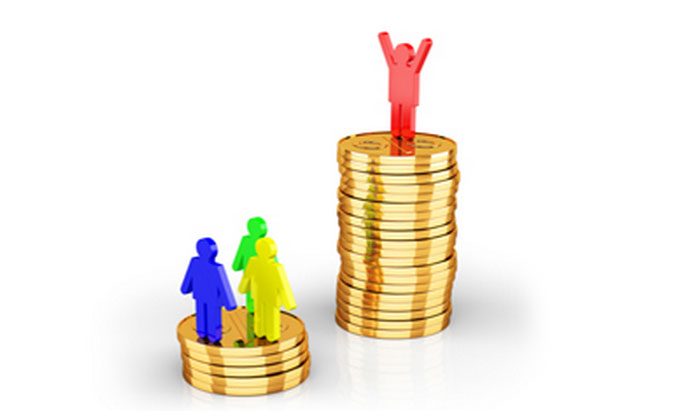 In September, the renowned RAND Corporation released a meticulously detailed, scrupulously objective study about income inequality in the United States: “Trends in Income From 1975 to 2018.” The authors of the study, Carter C. Price and Kathryn A. Edwards, adhered to the highest standards of scholarly integrity.

The study opens with the statement, “The three decades following the Second World War saw a period of economic growth that was shared across the income distribution, but inequality in taxable income has increased substantially over the last four decades.”

The data support that conclusion, although one could have a healthy debate as to whether economic inequality is more meaningfully measured by taxable income (as in the RAND study) or by actual consumption, taking into account taxes and government transfers.

The authors go on to “estimate that aggregate income for the population below the 90th percentile [i.e., the lowest-earning tenth of Americans] over this time period would have been $2.5 trillion (67 percent) higher in 2018 had income growth since 1975 remained as equitable as it was in the first two post-War decades” and that the aggregate alleged loss to that bottom quintile over those 43 years has been a breathtaking $47 trillion. This is one more tragic example of how an obsession with economic equality leads to mischief—a topic I have touched upon before.

While their mathematical calculations may be correct, there are two fundamental problems with the RAND Corporation’s conclusion: First, the use of the word “equitable” is normative, injecting a value judgment into their paper. Incomes indeed may be less equal today than in 1975, but that doesn’t make greater differences in income ipso facto inequitable. The key factor is whether a certain distribution of income resulted from deeds, policies, interactions, and so forth that are just or unjust. I’ll address that issue momentarily.

First, let’s examine the most basic problem for those claiming that one particular distribution of income is more equitable than another: There is no known “right” distribution of income. To assume that the distribution of Americans’ income in the 1946–1975 period is “right” or “normal” or “better” or “fairer” than has occurred or will occur in other periods is completely arbitrary. In a market economy, there will be fluctuations over time, reflecting current economic conditions. To pick a certain time frame and designate it as “the good old days” and “the way things are supposed to be” is a whimsical, not a scientific, choice.

The important question to ask regarding differences in individuals’ income isn’t how large the disparity is, but what factors have caused the disparity. The causes of differences of income can be nefarious or benign, unjust or just. In 18th-century France, for example, a pernicious, grossly unfair political system gave the monarchy and aristocracy control over the lion’s share of the land—the primary source of wealth in that era—leaving the oppressed masses to wallow in abject poverty. (The situation is similar in socialist Venezuela today, where the political ruling class lives comfortably while the masses suffer from egregious deprivation.) Human decency and justice demand that such systems be overthrown (although not necessarily accompanied by the vengeful bloodlust that animated the Jacobins).

There are those in the United States today—Antifa, BLM extremists, and even self-described pro-Bernie Sanders Jacobins—mindlessly advocating “guillotine the rich!” because they can’t see the vast difference between the American semi-free market system and the appalling tyranny of the French ancien régime. This is where the RAND report is sowing mischief. Economically illiterate and ideologically socialistic individuals take their data showing a wider disparity of income today than several decades ago and misapply the findings. Time.com (mis)used the RAND study to concoct the lurid—and grossly erroneous—headline, “The Top 1% of Americans Have Taken $50 Trillion From the Bottom 90% …”

No! That’s not what the report said, nor is it what has happened in our country. Yes, the disparity of wealth increased, but no—the shift was not because the rich stole their additional wealth from the non-rich. Today’s wealthy elite didn’t obtain their wealth because the political powers-that-be bestowed that wealth on them or from other forms of theft. (Yes, some smaller fortunes are attributable to government cronyism—an abuse of market economies that I’ve long and consistently opposed.) Today’s super-rich earned their fortunes in competitive free markets.

Those who protest how unfair it is that some Americans have gotten so rich don’t understand the concept of profits nor how profits are earned. Most of those protesting economic inequality are (although they don’t realize it) under the spell of what the great economist Ludwig von Mises called “the Montaigne dogma”—the fallacious notion that “no profit whatever can possibly be made but at the expense of another” (Montaigne’s exact words). In an unfree society, such as France under Louis XVI, there’s a zero-sum world in which the poor were poor because the rich were rich. But that doesn’t describe a market-based economy based on private property and voluntary choices.

The Zuckerbergs, Bezoses, et al. earn income and accumulate profits only in exchange for having provided things of economic value to their fellow humans. They have no power to force anyone to buy their product. People willingly give their money to “rich corporations” because they value what they are purchasing more than they value the money they’re paying. Were it not so, the transaction wouldn’t take place. In other words, a free society with voluntary economic exchange is a positive-sum world. In a market economy, both parties to transactions profit from exchange.

A few of the reasons accounting for the shift in income distribution include:

1. On the upside, a flurry of high-tech-spawned mass consumer goods have attracted millions of consumers, thereby generating vast fortunes for the leaders of those corporations and often dozens or hundreds of millionaires among rank-and-file employees whose stock options exploded in value.

2. On the downside, the incomes of many have fallen as a result of lifestyle decisions that the individuals themselves made. I am thinking particularly of demographer Nicholas Eberstadt’s “ten-million man army” of prime working age American males who have chosen to drop out of the regular job market, thereby causing their incomes to fall to negligible levels.

3. Also on the downside, we can see the consequences of the cultural and social shifts documented by Charles Murray in his 2012 book “Coming Apart”—declines in marriage, religiosity, industriousness, and honesty—changes that are highly correlated to lagging prosperity.

None of these three factors were a matter of the rich doing anything—just or unjust—to the non-rich. These few examples barely scratch the surface in identifying the multifarious reasons for shifts in income distribution.

In closing, let me be the first to say that there are various public policies that have retarded economic growth and thereby increased the headwinds that people seeking to progress on the ladder of upward mobility face.

If you really want to help the poorest Americans without crippling America’s great wealth-producing economy, you should favor policies such as lower taxes and lessen oppressive regulation (two reforms that President Donald Trump implemented to great benefit). Doing even greater economic damage is the broken federal budget process that keeps adding to the growth-suppressing burden of debt. We could also talk about a return to the gold standard and the abolition of a central bank that has falsified the price of capital and bailed out zombie corporations, both to the detriment of economic growth.

The list of ill-conceived government policies is quite long. The point is, there’s a lot we can do to reduce the economic victimization of the poor without wasting time and energy barking up the wrong tree. We need to recognize that super-rich wealth creators are society’s economic benefactors. Therefore, we need to stop persecuting them because of a cockamamie, wrong-headed ideology of hatred for the individual economic differences that are the mainspring of economic progress for all.