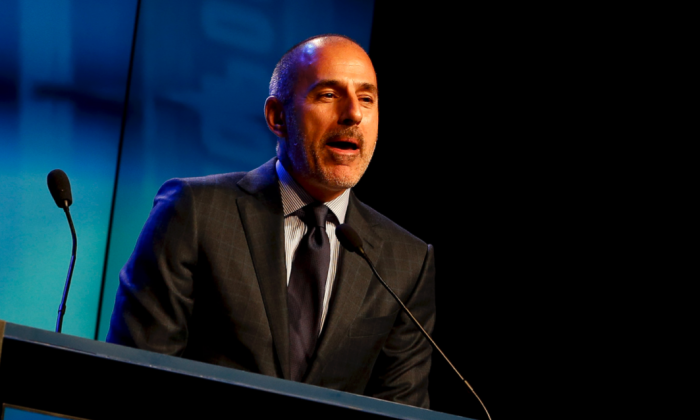 More details about disgraced “Today” show host Matt Lauer’s behavior in the workplace have been revealed, with one female employee alleging that he locked the door in his office and sexually assaulted her until she passed out.

The New York Times reported that the alleged incident took place in 2001 and involved an unnamed, married woman who was in her 40s at the time. She said that Lauer was at his desk and she sat down before he locked the door by pressing a button at his desk. He allegedly asked her to unbutton her blouse and then assaulted her.

In a stunning move on Wednesday, “Today” show hosts Savannah Guthrie and Hoda Kotb announced Lauer’s firing over alleged inappropriate sexual conduct in the workplace. Lauer, a staple on NBC’s most profitable franchise, “Today,” was reportedly earning more than $20 million per year.

In a statement of his own, Lauer broke his silence on Thursday. “There are no words to express my sorrow and regret for the pain I have caused others by words and actions. To the people I have hurt I am truly sorry,” he said in a statement read by the “Today” show hosts.

“As I am writing this I realize the depth of the damage and disappointment I have left behind at home and at NBC. Some of what is being said about me is untrue or mischaracterized, but there is enough truth in these stories to make me feel embarrassed and ashamed. I regret that my shame is now shared by the people I cherish dearly,” he added.

NBC’s Stephanie Gosk revealed to Megyn Kelly on Thursday that there might be as many as eight female accusers.

“We have reached out to New York City Police; we have reached out to police departments in Long Island. We know of no open criminal investigation against Matt Lauer,” Gosk said. “Because they are anonymous, we don’t know if any of the people who spoke to Variety also spoke to The New York Times. … We don’t know if any of them are the same women,” she added.

Matt Lauer admits there is 'enough truth' in the bombshell sexual assault allegations leveled against him https://t.co/5yumn66IYD

NBC denies that it received any complaints about Lauer until Monday.

“We can say unequivocally, that, prior to Monday night, current NBC News management was never made aware of any complaints about Matt Lauer’s conduct,” a spokesperson for the network said.