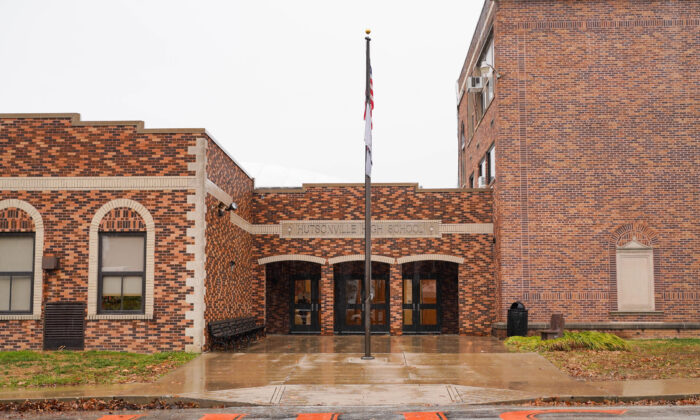 Three more Illinois public school districts have opted to make masking optional within their school areas in December 2021, according to the latest record published by Illinois State Board of Education (ISBE).

Seven public school districts and eight private schools defy the mask mandate, according to state records and attorneys who have knowledge of the matter.

Vandalia district started to make masking optional on Dec. 6, 2021, following a unanimous vote by the local school board.

The board carefully evaluated the current COVID-19 situation—and the availability of testing, treatment, and vaccination options before the vote—according to school board member Ryan Lewis in a school video.

“COVID is here to stay, so we are always going to have cases of COVID. The question is, do we have everything we need to protect ourselves? We believe that the answer to that, currently, is yes,” Lewis said in the video.

Vandalia district anticipated litigation against ISBE down the road and has hired attorney Jerrod Stocks as counsel.

Stocks told The Epoch Times, “Vandalia has always been a firm believer in pushing local control and the undercurrent of the entire battle is the importance of local control.”

“The state is saying that they know better what’s best for the safety of the kids than their parents, local schools, and local school boards. It is that obscene arrogance of the state that the local districts seek to resist,” Stocks said.

In a Dec.22 meeting, ISBE deputy education officer Krish Mohip told Vandalia district, “Given the ongoing COVID-19 pandemic, we consider noncompliance with the universal indoor masking requirements to constitute a health hazard or danger to students or staff; and it is the reason Vandalia’s recognition status is under consideration to be changed to ‘on probation.’”

Stocks plans to appeal against that decision and request an administrative hearing, as he did for his other school district client, Hutsonville Community Unit School District 1 in central rural Illinois.

On Jan.6, Hutsonville district had its hearing after it appealed to being put on probation.

Hutsonville district superintendent Julie Kraemer told hearing officer Heather Becker that last year her district did impose a mask mandate and said it was a failed experiment when all factors were taken into consideration, including academics, emotional health, and physical health of the students, according to an audio recording obtained by The Epoch Times.

Some parents have threatened to sue Hutsonville should it make masks mandatory; while others said they would rather homeschool their kids than put them in masks.

“This is my community and it is my job to make sure that I do what’s best for them.

“I’ll just end with saying that is why we have a local board of education—seven members voted by their peers to represent them as to what’s best for their local community,” Kraemer told Becker.

“We have an executive order that carries a force of law and whether or not you agree with that—or don’t agree with that from a legal, philosophical, personal, professional standpoint—is beside the point,

“The question then is ‘has Hutsonville complied with that mask mandate?’ And I think the obvious answer is ‘No,’” McCarty said.

Hutsonville has 15 days to submit a corrective plan, according to ISBE rules; if it remains noncompliant, ISBE will unrecognize the school and it shall lose all state funding.

Back in August, 40 public school districts with a total enrolment of over 30,000 students did not comply with the mask mandate and were put on probation by ISBE.

In September, 80 district superintendents, including those who complied but found themselves in strained relationships with parents, penned a collective op-ed letter to urge governor and ISBE to respect local control and let school boards make the decision themselves.

Illinois has about 850 public school districts.

Due to pressure of losing state funding and sports participation rights, the number of noncomplying public schools dwindled to four in late October, one being Hutsonville district.

The other three school districts won a temporary restraining order against ISBE through attorney Thomas DeVore.

Stocks said he thinks a lot of public schools complied under duress and are watching on the sidelines.

Stocks’ legal strategy is to exhaust administrative procedures and then take both the Vandalia and Hutsonville cases to court.

If he or DeVore scores any wins in the court that will encourage more schools to step off the sidelines and join the battle, Stocks said.