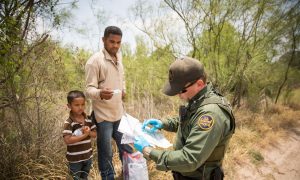 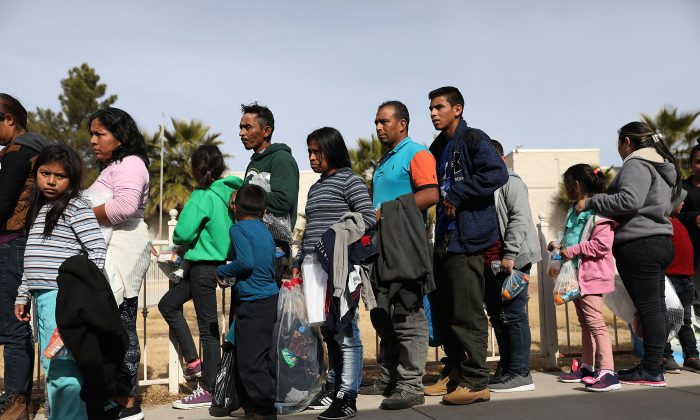 WASHINGTON—As the number of illegal immigrants apprehended by Border Patrol increases, so, too, does the level of medical attention they require.

Border Patrol has transported 2,224 individuals to local hospitals since Dec. 22, 2018, after they illegally entered the country. Proportionately, that’s 5.3 percent of all illegal border crossers over the same time period, according to Customs and Border Protection (CBP).

Border Patrol agents have spent a total of 19,299 hours in support of the hospital visits, according to CBP.

“This includes transportation to and from, and over watch for each person/family at the hospital,” the agency said in a statement on Jan. 24. “This means there are less agents performing border security duties.”

In one specific event on Jan. 15, Border Patrol had to transport 50 illegal aliens from a group of 247 that had just crossed the border.

“Transporting 50 individuals to the hospital utilized nearly all available agents, severely limiting their ability to process the large group or respond to other border security duties; thus resulting in increased time in custody, delaying custody transfer coordination, and inhibiting response to other illegal cross-border traffic,” CBP said in a statement.

Migrant caravan members in Tijuana have been treated for a multitude of health issues, including respiratory infections, tuberculosis, chicken pox, lice, hepatitis, and HIV.

Jakelin Caal, 7, died after she crossed a remote area of the southwest border with her father and a large group of Central Americans near Lordsburg, New Mexico, on Dec. 6, 2018. Caal began having seizures while in Border Patrol custody and was airlifted to a hospital in El Paso where she died the following day.

Felipe Gomez, 8, died Dec. 25 at a medical center in New Mexico after being released earlier from a hospital. Gomez’s family members confirmed later that his father had taken him on the trek north because he heard that bringing a child makes it easier to gain entry into the United States.

CBP said Border Patrol has experienced a surge in family units (at least one adult and one child) entering the country illegally so far this fiscal year—280 percent more than the same time last fiscal year.

Overall apprehensions between the ports of entry are up 81 percent.

The number of large groups sent across the border has increased dramatically this fiscal year to date, said CBP.

Of those, 7,757 were from Guatemala, and most groups were family units, or included unaccompanied children.

Smugglers and cartels send asylum-seekers across the border illegally to tie up Border Patrol agents, while illicit goods are trafficked in a nearby area, away from Border Patrol.