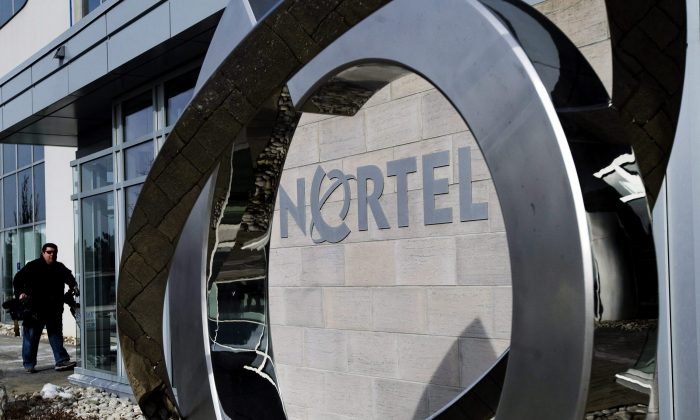 The Nortel Networks office tower in Toronto, in a file photo. Canada used to have world industry leaders such as Nortel, but has lost its competitive edge due to government policies, says economist Philip Cross. (The Canadian Press/Nathan Denette)
Canada

‘Something Has Gone Wrong With Our Economy’: Economist on Canada’s Growth and Competitiveness

Canada’s competitiveness and economic growth are being hampered by restrictive policies and the government’s disinterest in fostering the wealth-producing business sector, an economist says.

“There’s an increasing feeling in this country that something has gone wrong with our economy, and in particular our business sector, that we’re just not as competitive on the world stage as we used to be,” Philip Cross, a senior fellow at the Fraser Institute and former chief economic analyst at Statistics Canada, told The Epoch Times.

In a recent paper, Cross looked at factors that have reduced Canada’s competitiveness and productivity, which further lowered its share of global GDP. He found that Canada’s annual real GDP growth over the past decade has been the slowest since the 1930s.

“Canada’s sluggish economic growth in the years before the pandemic reflects a lack of innovation and weak productivity growth that has persisted for decades,” he wrote.

“The prolonged slump cannot be fully addressed with the current approach of policies targeting specific sectors such as high technology or green energy, or spurring research and development in the hope of boosting one or more of these variables. Worse would be acceding to the endless requests from specific groups, industries, or firms for favours in the name of job creation or higher incomes.”

A more productive approach, Cross advises, would be for Canada to undertake “a root-and-branch re-examination of its public policy mix and its commitment to markets, competition, and capitalism,” the goal being to create an environment more conducive to stronger business development and investment.

Back in the late 1990s, Canada still had several “world class” corporations, such as Nortel Networks and JDS Uniphase, which were the “leading light” in the technological revolution in the 2000s, says Cross. During that time, Canadian corporations were regarded as extremely attractive to investors.

But beginning with the 2007-2009 recession, Canadian corporations started to lose their global appeal, which Cross said seemed to accelerate after 2014 with the downturn in oil prices—mainly caused by global supply growth—and the Liberal Party taking power the following year.

“With a drop in global commodity prices, and especially oil prices, our firms simply became less attractive. But at the same time, we shot ourselves in the foot. We would not allow our largest corporations to be competitive by, for example, giving them access to pipelines, giving them access to overseas markets where they could get a better price for whether it was crude oil or whether it was liquefied natural gas,” he said.

“A lot of the damage we’ve done is self-inflicted, and has been self-inflicted by government policies that were implemented without fully understanding how negatively this was going to impact the competitiveness [of Canada].”

Cross said he is “quite worried” about the mindset of the Trudeau government, which “does not seem to attach any importance” to nurturing and promoting Canadian business sector, giving the example of the Liberals’ small-business tax reform in 2017, which lacked consultation with the private sector.

He said Canada’s political leaders tend to think that it is “pro-business” to help established firms maintain their place, and many companies have therefore used business models that are based on “governments using a thicket of regulations, patents, tariffs, occupational licensing rules, restrictions on foreign investment, and price-fixing to shelter firms from competition.”

But this approach is “very anti-business,” he notes.

“That’s sending the message to all the other firms and all the other people who are thinking about entering into the business to compete with these established interests that ‘no, you don’t have a chance, we’re not going to help you at all, we’re going to tilt the playing field,’” Cross said.

“If I was a senior executive, particularly if I had global interests, I would not be looking to be expanding my operations in Canada.”

The lack of government support, in addition to regulatory roadblocks that make it difficult for firms to develop or expand, have stalled the long-term growth of the economy, Cross said, including in the auto and energy industries. One example is Ontario’s auto sector; although manufacturers have kept their plants in the province running, they are expanding in the United States and Mexico, not in Canada.

“Our share of the auto industry has declined,” he said. “It happened because we neglected it. We didn’t cultivate it, and it needs cultivation.”

Communist China’s economic boom over the past 40 years took a considerable chunk out of the global GDP share. Cross says in his paper that while European countries suffered the greatest loss as a result of China’s rise, Canada has been the “second biggest loser,” as its share of global GDP also shrank steadily from 2.5 percent in 1978 to 1.9 percent in 2020.

Meanwhile, the United States was able to retain most of its global GDP share through policies that supported technological innovation.

“If I had a choice of economic models to pick and one was Europe and the other was the U.S., I am going to pick the U.S. every time … because the U.S. has values that support entrepreneurship, innovation, and dynamism,” Cross said.

Many of the same symptoms of “business malaise” in European countries today are also evident in Canada, he says.

“Increasingly [in Canada] we’re becoming like Europeans—we just sit around and we expect the government to do everything for us, and that’s not going to work as a model for high economic growth rates over time. That’s a defensive policy that will produce stagnation.”

Cross believes Canada should focus on working more with its democratic ally south of the border, rather than courting authoritarian states like China.

“I don’t know why we look to China for growth. We’ve got the most innovative, dynamic economy in the world right next door. We should be concentrating on that,” he said.

“Instead, we seem to be putting all our eggs into cultivating China as if they’re going to be the next global superpower in economics”—something he said he is “far from convinced” will come to pass.

“China has gone through a period of rapid growth. So did the Soviet Union in the ’20s and ’30s. At some point, the Soviet Union did not master innovation and their economy collapsed,” Cross said.

“I don’t think a centralized dictatorial government like that in the long run is going to produce an economic superpower. The long-term economic growth is supported by the type of a [democratic] society that the United States has.”