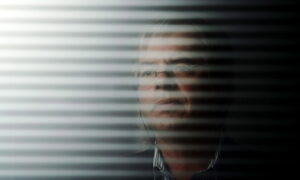 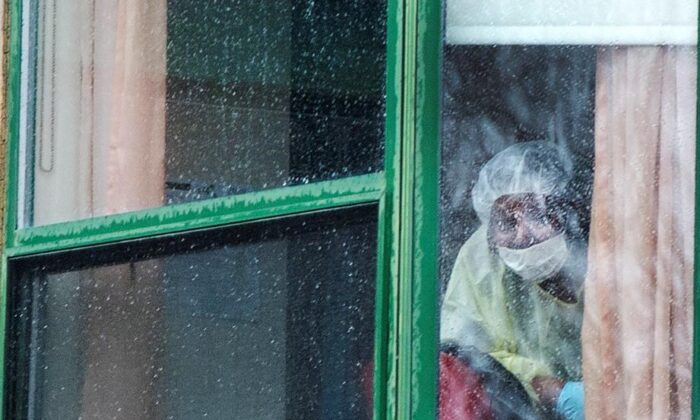 A person wearing protective equipment looks out of a window at the Herron seniors residence Monday April 13, 2020 in Dorval near Montreal's Trudeau airport. Thirty-one residents are confirmed to have died in the past month. (Ryan Remiorz/ The Canadian Press)
Canada

With nearly half the deaths in Canada related to COVID-19 occurring in long-term care homes, the spread of the virus in these facilities has become the most crucial problem to emerge during the past two weeks of the pandemic, says Canada’s chief public health officer.

“We know that close to half of the deaths that we’re tracking are linked to long-term care facilities, but that ratio is actually different in different provinces,” Dr. Theresa Tam said at her daily press briefing on April 13.

“These deaths will continue to increase, even as the epidemic growth rate slows down.”

On April 14, Canada had close to 26,000 confirmed and presumptive cases of COVID-19, more than 800 of them fatal. The virus has hit older people disproportionately hard, with more than 90 percent of the deaths occurring among those aged 60 and above.

The new guidelines include: limiting visitors and volunteers at facilities; screening workers and visitors for COVID-19 symptoms; requiring people entering the facilities to wear masks at all times; increase training on infection control; limiting the number of locations where health-care providers work; and stepping up routine cleaning practices.

Canada’s nursing home crisis has attracted international headlines recently, as some long-term care facilities have suffered dozens of deaths. Facilities in Ontario and Quebec have been hit particularly hard.

In Montreal, investigations have been launched in the wake of the deaths of 31 residents at Résidence Herron since the end of March, at least five of them definitively related to COVID-19.

In Ontario, among the facilities with the worst outbreaks are Pinecrest Nursing Home in Bobcaygeon, where 29 residents have died; Eatonville Care Centre in Toronto which reported the deaths of 25 residents; Almonte Country Haven in Almonte which has had 16 deaths; and Anson Place Care Centre in Hagersville, with 15 deaths.

Other provinces have not been spared. In B.C., North Vancouver’s Lynn Valley Care Centre has been hardest hit, with 18 deaths as of April 13.

The ongoing crisis has increased scrutiny on provincial and federal governments’ measures to protect seniors and those most vulnerable.

Prime Minister Justin Trudeau said April 14 that the federal government recognizes the “terrible and tragic” stories that have come out of long-term care and seniors’ residences since the outbreak began.