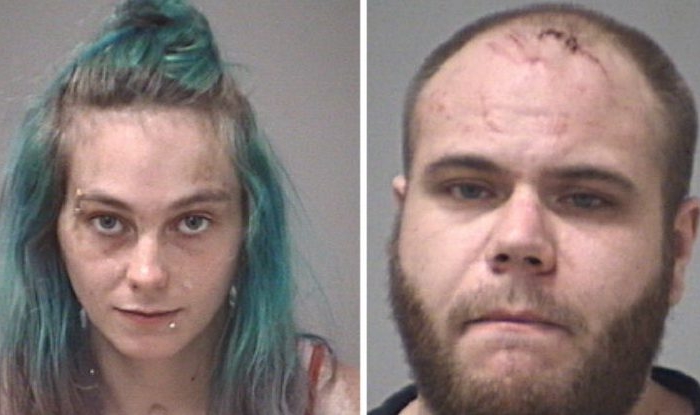 A Michigan medical examiner called the death of a 4-year-old girl the “worst child death case” in 27 years of practice, according to a court document obtained by the Detroit Free Press that seeks to terminate the parental rights to the girl’s half-sister.

The girl’s mother and boyfriend were captured after a multi-state manhunt in Georgia.

The U.S. Marshals Service arrested them on Tuesday afternoon near Lake Park, Georgia, which is around 792 miles south of Sumpter Township, Michigan, USA Today reported. They were apprehended when driving, said officials.

“A few minutes ago, both Diaz and Fields were captured while driving near Lake Park, Georgia,” the Sumpter Township Police Department wrote in a statement on Tuesday. “They were taken into custody by the U.S. Marshals Service out of Macon, Georgia, working in conjunction with the Lowndes County Sheriff Department. We have no additional information at this time and will make more known as we get it.”

“Both … have severe mental illnesses for which they admit they are not treating,” a court document reads, the report said.

Now, the Michigan Department of Health and Human Services are trying to remove the sister of the slain girl from the home due to “improper supervision and physical abuse resulting in a child death,” according to the USA Today report.

The report said that Diaz claimed the girl ran her own bath water, leading to the burns, but she didn’t seek medical care for the girl.

“The mother claimed she ran Gabrielle’s bath and placed Gabrielle into the tub after she filled the tub halfway,” a petition said. “The mother then claimed she left Gabrielle alone in the tub and went to the kitchen to make pancakes.”

When Diaz returned to the bathtub, she found the girl submerged in water to her nose. “The mother said she called Brad … to the bathroom for help,” the document said. “According to the mother, Gabrielle continued to vomit, and Fields attempted to provide CPR.”

There were more “problems” with the girl at 10:05 a.m., the mother told a Sumpter Township police detective. Police were not called until about 36 minutes later.

Police found cocaine in the home when they searched it, the petition said.

The father of the girl, Kyle Barrett, said he had no knowledge of what happened at the household. He doesn’t face charges in the child’s death, adding that he last saw the girl in September before turning himself in to police on unrelated charges after a warrant was issued for his arrest.