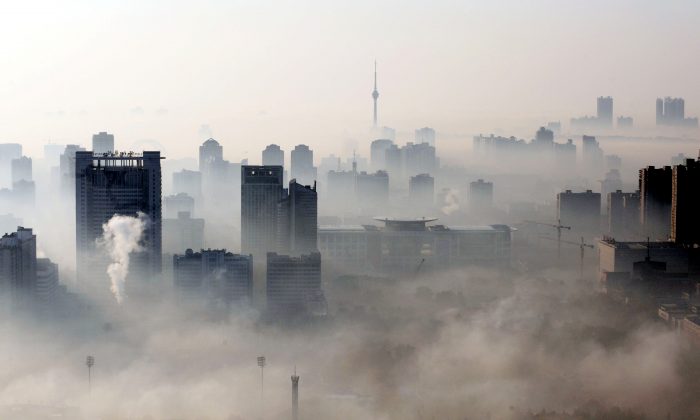 BEIJING—More Chinese cities are issuing their first red alerts for pollution in response to forecasts of heavy smog, after the capital, Beijing, issued two this month following criticism for not releasing them earlier.

Shandong province in eastern China issued alerts in four cities after warning that the density of particulate matter in the air would exceed high levels for more than 24 hours. The Shandong environmental protection bureau said the alerts started Thursday morning and that kindergarten, primary and middle schools should close and construction of buildings and roads, and demolition work, should stop.

China’s air pollution is notorious after three decades of breakneck economic growth. In recent years, the government has said it is trying to address the problem as citizens have become increasingly aware of the dangers.

Meteorological authorities in Hebei, a province which neighbors Beijing and is regarded as China’s most polluted, issued its first red alert for smog on Tuesday. Cities in Hebei took response measures. Xingtai and Handan instigated traffic control measures to take half the vehicles off the road on a given day, according to Hebei’s environmental protection bureau.

The first red alert in the port city of Tianjin, which is also close to Beijing, ended Thursday morning after three days.

Beijing issued its first two red alerts in December under a four-tier warning system that has been in place for two years. It had earlier experienced more hazardous levels of pollution, but environmental authorities said that their forecasting model must predict three or more days of smog at particular levels on the city’s air quality index.