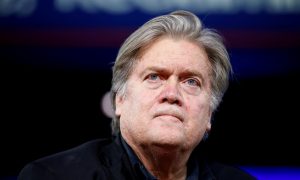 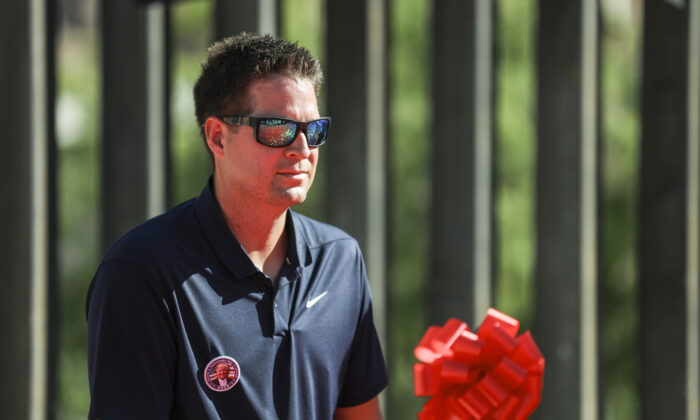 Brian Kolfage, founder of We Build the Wall, at the new half-mile section of border fence built by his group at Sunland Park, N.M., on May 30, 2019. (Charlotte Cuthbertson/The Epoch Times)
US News

Federal prosecutors filed new tax and wire fraud charges on July 6 against Brian Kolfage, the veteran who raised funds online for the construction of a privately-funded border wall.

The prosecutors charged Kolfage with lying on his tax return and causing a wire transfer in connection with the same scheme. The Epoch Times sent a request for comment to Kolfage’s attorney, Kenneth Harmon.

During 2019, Kolfage received hundreds of thousands of dollars from WEBUILDTHEWALL Inc. and other entities and persons, the indictment states.

“Oftentimes, the deposits were obscured by passing through multiple organizations, corporations, entities, and persons before being deposited into the personal bank account Brian G. Kolfage maintained,” the indictment states.

Kolfage was charged alongside other defendants, including former Trump White House adviser Stephen Bannon. The case against Bannon was terminated in May following a pardon from President Donald Trump.

The prosecutors had alleged that Kolfage and Bannon took $350,000 and $1 million from the fund respectively, despite Kolfage assuring during the fundraising that he would “not take a penny in salary or compensation.”

Bannon has said the charges against him were a political hit job.

Unlike the government-built border wall he committed to building and fought to fund, President Donald Trump had no enthusiasm for the private border wall and showed his unhappiness with it publicly.

“I disagreed with doing this very small (tiny) section of wall, in a tricky area, by a private group which raised money by ads. It was only done to make me look bad, and perhaps it now doesn’t even work. Should have been built like rest of Wall, 500 plus miles,” he wrote in a Twitter post on July 12, 2020.

Trump criticized the project as “showboating” efforts after the charges against the organizers were announced.

“I know nothing about the project other than I didn’t like when I read about it … This is for government. This isn’t for private people. And it sounded to me like showboating,” he said. “It was showboating and maybe looking for funds.”