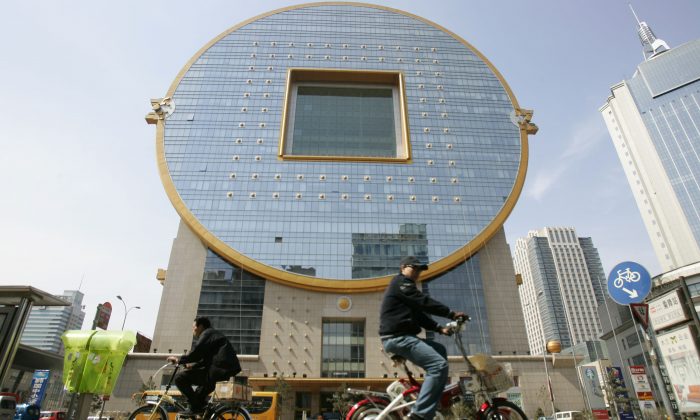 This week, on March 22, we commented on the rapidly growing corporate bond bubble in China and why its ever-increasing size could be a problem in the future and why even China’s central bank governor is worried about it.

On March 23, we got confirmation why they are risk-averse. According to Caixin, the state-owned enterprise (SOE) Guangxi Nonferrous Metals Group Co. defaulted on $2.31 billion of its debts, including debts to banks, suppliers, as well as private bondholders.

Bond defaults are a relatively new thing for China, which officially didn’t allow them to happen until 2014.

“When I was in China in the late ’90s underwriting bonds, people just assumed there is no default risk, the government will bail you out,” said Fraser Howie, author of “Red Capitalism.”

Since 2014, a number of Chinese companies like real estate developer Kaisa Group Holdings Ltd. have defaulted on selected debts; however, outright bankruptcies and restructurings remained few and far between and the amounts were relatively small.

Second, the stated-owned company has been receiving state aid for years and still had to file for bankruptcy. For example, the China Development Bank loaned it money and is still owed $250 million it will likely never see again.

Issues like these explain why the Chinese regime is scrambling to find a solution to chronic excess capacity at the state-owned “zombie companies.”

And because the whole concept of defaults is so new to China, there are no tried-and-true blueprints for bankruptcy proceedings, like the U.S. Chapter 11 process for example.

“As the capacity reduction is likely to make a meaningful start soon, nonperforming loans (NPL) of state-owned enterprises, which have been implicitly guaranteed by the government and are much more sizeable than private sector’s NPLs, will finally emerge,” Société Générale wrote in a note.

This is why China has recently flaunted several ideas to deal with bad loans and get them off the policy banks’ books. One of them is securitization, best known in the United States for its abuse during the subprime mortgage era. According to Bloomberg, China will allow banks to issue $7.7 billion worth of “asset-backed” securities, which are really only backed by nonperforming loans and are therefore not really backed at all.

Either way, this is just a trial as the amount is very small, only three times the size of Guangxi Nonferrous’s bad debt.

The second idea is the debt for equity swap, which the press has written about but officials have not confirmed yet. This program would just convert the bad debt into equity holdings, which would not solve the problem but at least free up banks’ balance sheets again.

During the last restructuring around the turn of the millennium, the bank debt of 580 SOEs was converted into equity later sold to asset management companies. The companies did not have to pay a dividend on these equity holdings and were supposed to buy it back after 10 years, which they haven’t.

“So they rolled over the bad bank debts from 15 years ago, they are still there believe it or not,” Fraser Howie said.

As for the new plan, Société Générale doesn’t think it’s going to work. “There would also be a pricing problem with NPL-to-equity swaps. Furthermore, the swap would only turn out to be a good deal for banks if the underlying company could be turned around eventually; otherwise, banks could suffer more given the lower seniority of equity holdings compared to bank lending.”