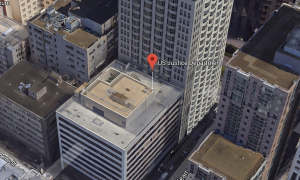 8 Days, is a feature film based on true life events that talks about the hideous crime of child sex trafficking in the United States. (After Eden Pictures)
US News

‘Morally They Are Trying to Break America’: Anti-Trafficking Activist on How Culture of Pornography Is Destroying Society

As Epstein’s case keeps making the news and lurks over the American consciousness, an anti-sex trafficking activist and film director of a newly-released film on child sex trafficking points out a deep-rooted social problem that starts with the widespread culture of child pornography.

Jaco Booyens is the producer and director of the newly-released film, 8 Days, a feature film that talks about the hideous crime of child sex trafficking in the United States. Shot by a team of independent filmmakers at After Eden Pictures, the film is based on true events that depict modern-day sexual slavery in the country.

In an interview with The Epoch Times, Booyens comes across as someone who has a moral responsibility to tell this story. He wants to make people aware that things are happening “right under our noses in every sector” and that we need to protect our children. Booyens wants people to understand how the problem of child sex-trafficking is deeply rooted in the culture of pornography.

“Supply meets demand, so what is creating the demand for sex with minors? In what they’ve found, over 99 percent of the time, when we first find somebody who is involved in the crime, that they are also addicted to pornography,” said Booyens, whose own sister fell prey to child sex trafficking in South Africa in 1994.

Booyens works with 56 organizations worldwide involved in rescue and prevention of child sex trafficking, and says when a young man or woman watches pornography for the first time a psychological reaction happens.

“It’s either a sexual experience such as a family member inappropriately touches a child or a child walks into a room and he sees his parents watching pornography.

Every day, 68 million search queries related to pornography are made in the United States, 116,000 of them are for child pornography.

The epidemic scale of what Booyen is talking about can be understood from the fact that 48 percent of kindergarten and first-grade students reportedly saw online content that “made them feel uncomfortable,” according to a 2008 study by the Rochester Institute of Technology.

Children Advocacy Center, says 11 years is the average age at which a child first gets exposed to adult content and one in seven youth report being solicited for sex online.

Hollywood as a ‘Rogue Agent’

Booyens described Hollywood as a “rogue agent” and a huge contributor to the problem and said the industry is shaping culture by introducing ideas to the American people.

“We’ve got groups in this country today, fueled by Hollywood, and fueled by politicians on the left that are aggressively pursuing a bill to lower the consensual age for sex to ten. Ten! Why ten? Because it’s pre-puberty, because men who are involved in sex trafficking, that’s their ultimate goal is to have sex with children pre-puberty. It’s very sick! Very sick!” he said.

He said Hollywood and politicians know what’s happening but they are doing nothing about it.

In a timeline prepared by Complex on child sexual abuse in Hollywood, child abuse victims in Hollywood from as early as 1976 talked about how they became victims in the industry of promises.

He said he’s a filmmaker but he doesn’t subscribe to the way Hollywood is shaping the culture.