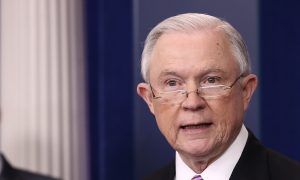 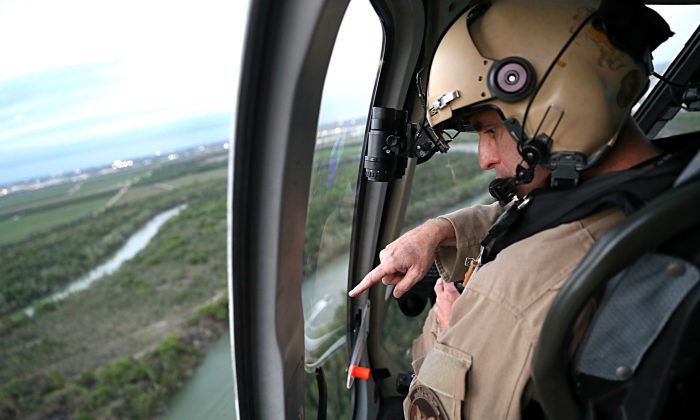 A Customs and Border Protection helicopter pilot searches for illegal immigrants while flying over the U.S.–Mexico border near La Grulla, Texas, on March 15, 2017. (John Moore/Getty Images)
US

Morale Up, but Challenges Remain for Immigration Enforcement

Hiring an extra 15,000 immigration enforcement agents is one thing; boosting morale in the agencies is another, say affiliated unions.

“I’ve worked under the past three administrations and I’ve never seen the morale lower than it has been over the past four years,” Brandon Judd, president of the National Border Patrol Council, told the Senate Committee on Homeland Security and Governmental Affairs on March 22.

“The men and women that I represent felt under-resourced and underappreciated,” he said. Judd has also been a Border Patrol agent for 19 years.

During the last eight years, ICE employees and officers have been publicly demoralized by their own government.
— Chris Crane, president, National ICE Council 118

“During the last eight years, ICE employees and officers have been publicly demoralized by their own government,” he told the committee. “ICE officers and their arrest activities are incorrectly portrayed and referenced publicly in the media by political pundits as ‘gestapo’ tactics and other Nazi references, and false and hateful accusations.”

Under the new administration, Crane said morale within ICE is now at its highest in many years, but the agency is still “suffering from a toxic and failed management culture” and “an absence of leadership.”

“We need our piece of the swamp drained,” Crane said.

“The latest numbers have us failing approximately 70 percent of the applicants. This failure rate is almost three times higher than other federal agencies,” said Judd.

ICE, which doesn’t require a polygraph test, has been tasked with hiring 10,000 more agents, while Border Patrol is adding 5,000 more agents to its ranks.

ICE currently has more than 20,000 employees in more than 400 offices in the United States and in 46 foreign countries.

Crane said he has “very little faith” in the ability of ICE leadership to most effectively recruit the additional staff.

Meanwhile, 21,370 Border Patrol agents predominantly work the 1,969 miles of U.S.–Mexico border between the ports of entry.

Judd said Border Patrol will need to hire over 2,700 agents every year for the next five years to reach the numbers Trump has asked for. Last year, they hired, trained, and deployed 485 new agents, Judd said.

He said Border Patrol has also lost 500 agents to ICE in the last two years.

“When ICE starts hiring in earnest, the Border Patrol will lose several thousand Border Patrol agents overnight if we do not take corrective action,” Judd said. He suggests pay parity with ICE and a revised polygraph test to help even the scales.