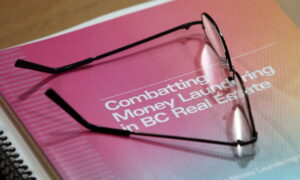 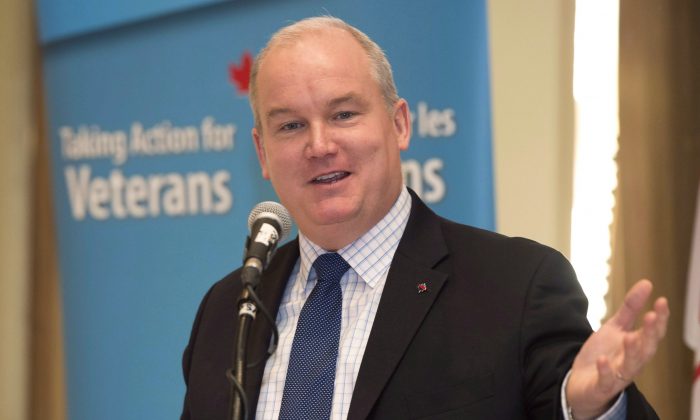 Veterans Affairs Minister Erin O'Toole delivers a speech to the Rotary Club of Toronto in Toronto on Friday January 23, 2015. Veterans Affairs Canada is an increasingly unhappy place with plunging morale and a frazzled workforce, according to a recent federal survey. (The Canadian Press/Frank Gunn)
Canada

OTTAWA—The most recent survey of federal employees shows Veterans Affairs Canada is an increasingly unhappy place with plunging morale and a frazzled workforce.

The evaluation, published by Statistics Canada for the federal Treasury Board, asks dozens of questions on topics ranging from satisfaction with equipment to workplace harassment.

It shows that the number of staff who say the quality of their work has suffered—either because of fewer resources or a lack of departmental stability—has more than doubled since 2008.

That level of dissatisfaction is between 1.5 and two times the rate of the overall federal civil service.

And the surveys, conducted every three years since 2008, show a steady decline in employee satisfaction that appears to mirror Conservative job cuts at Veterans Affairs that began in 2011.

There’s a clear connection between the two, said Liberal veterans critic Frank Valeriote—especially since the surveys also broadly track the size of the department through the survey response rate.

“It’s just another indication of how deep this government has cut and the effect it has had,” Valeriote said.

The data is telling you that the front line has been cut, drastically.
— Liberal veterans critic Frank Valeriote

The department recognizes the results of the survey and has already taken steps to address the concerns in areas of workload, communication and training, said Veterans Affairs spokeswoman Janice Summerby.

“Senior management is committed to increasing consulting with staff members and taking action so that service excellence for veterans remains paramount,” Summerby said.

The survey also found 86 percent of Veterans Affairs staff were proud of the work that they do, she added.

That may well be, Valeriote acknowledged, but clearly service has suffered, judging from the number of anecdotal complaints from veterans, he said.

Federal government performance reports released last year show that between 2009 and 2014, Veterans Affairs eliminated 897 positions across the department, with 33 percent of those cuts coming in the section that administers pensions and awards.

The auditor general complained last fall that the department was taking too long to answer and decide on the applications of soldiers who applied for mental health support.

The Harper government insists it has only eliminated “backroom administration” and that service has not suffered.

Figures tabled in the House of Commons at the end of January show that 205,213 military and RCMP veterans sought federal assistance in 2014, a decrease of seven per cent from 2006. That alone is sufficient justification for cuts to the workforce, the government has said in the past.

The workforce survey simply adds to the growing body of evidence that the cuts have gone too far and are impacting the quality of service provided to ex-soldiers, Valeriote said.

“We’ve got veterans complaining. We’ve got an auditor general saying it’s taking too long to process claims,” he said.

“The data is telling you that the front line has been cut, drastically. It is clear that the ability of Veterans Affairs to provide the services our veterans require has been dramatically affected.”

The embattled department late last year posted notices saying they were looking to hire dozens of new front-line staff across the country who are willing to start work “as soon as possible.”