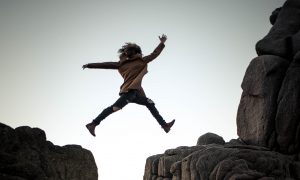 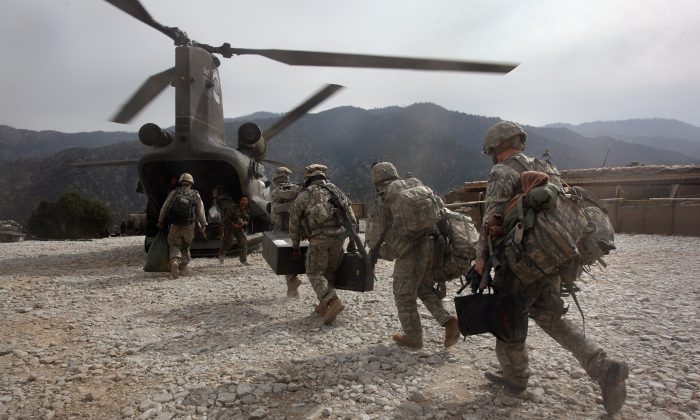 U.S. soldiers board an Army Chinook transport helicopter after it brought fresh soldiers and supplies to the Korengal Outpost in the Korengal Valley, Afghanistan, on Oct. 27, 2008. John Moore/Getty Images
Viewpoints

Moral Courage in Leadership: A Non-Negotiable

“Moral courage, to me, is much more demanding than physical courage,” former Sergeant Major of the Army Leon L. Van Autreve once said.

Who are you, really, when the stakes are high? What type of person are you when your back is against the wall? When your team finds itself in difficult, seemingly impossible situations, what kind of leader are you? It’s my humble opinion that the measure of an individual can only be truly ascertained when the risks are high and the costs are real.

Whether you are a general in the armed forces or the CEO of a Fortune 500 company, one of the fastest ways to lose the confidence of the men and women working for you is to display moral cowardice when the stakes are high.

Most alpha types would prefer a weak leader who is indecisive over a strong leader who acts quickly but from a place of fear and self-preservation. An individual can step up and take charge when leaders may fail to act; but when a leader chooses to embrace cowardice and derail the entire mission of an organization, one can only do one’s best to survive the consequences of the failures of that leader’s character.

Cowardice is the exact opposite of courage. Difficult choices never really have a neutral option. In those cases, if you’re not acting courageously … well, I’m sure you can figure out what that means. Rest assured, that’s the fastest way to experience what we called in the special forces regiment a “catastrophic loss of rapport.”

For example: Let’s say you find yourself at the helm of a struggling organization and you have to make the hard decision to let people go: Don’t be so intellectually dishonest as to use coded language like “right-sizing.” You’re laying people off; you’re terminating positions—this is inherently unpleasant work. Don’t be so cowardly as to use language that only serves to make you feel better about what you are doing. It takes courage to be transparent and honest; it costs nothing but your integrity to focus on saving yourself and living comfortably.

Personal courage, the simple act of being unafraid to do what is right, must be a non-negotiable for a good leader. Therefore, it must be how you conduct yourself at all times, regardless of who is or isn’t keeping score. In other words, “integrity is doing the right thing, even when no one is watching.”

Even allowing just a little room to give yourself permission to make excuses for lapses in personal courage will surely result in moral cancer and rot. Surrendering is only hard the first time; compromising your integrity gets exponentially easier each time you grant yourself license to do it. The admixture of cowardice into your soul can only result in making you less courageous in your thoughts, words, and deeds.

We must always be evaluating ourselves on not just what we have done, but also those things we have failed to do. Sometimes, choosing not to act is a greater evil than making the wrong decision. A popular quote, often misattributed to former President Theodore Roosevelt, sums it up: “In any moment of decision, the best thing you can do is the right thing, the next best thing is the wrong thing, and the worst thing you can do is nothing.”

Sometimes, you just have to have the courage to act and the strength to choose to do the right thing, regardless of the cost. Moral courage takes arguably more internal fortitude in today’s outrage culture than at any other point in human history. While you won’t end up beheaded in the town square for expressing unpopular opinions today (at least in most of the Western world, for now), there’s a very real possibility that publicly opposing certain opinions could result in a small, but extremely vocal, digital mob endeavoring to ruin your life. You need to be willing to say the hard “nos” and the selfless “yesses.”

However, at this point, I feel I must caution you, dear reader, to not mistake courage in the face of conflict with simply being a jerk. You can’t just assume you are taking a courageous stand because people are shouting you down. Don’t be afraid to conduct a quick personal examination to assess the very real potential that you are wrong. You might be receiving a chorus of boos and jeers for the simple reason that you deserve it. Personal courage is also being able to admit you are wrong, publicly.

Training yourself to always choose the hard right over the easy wrong begins with identifying your moral principles that are not for sale. Integrity is a decision; you have to choose to be the person you want to be.