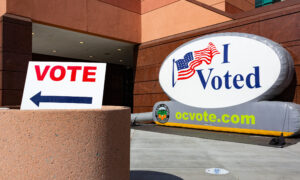 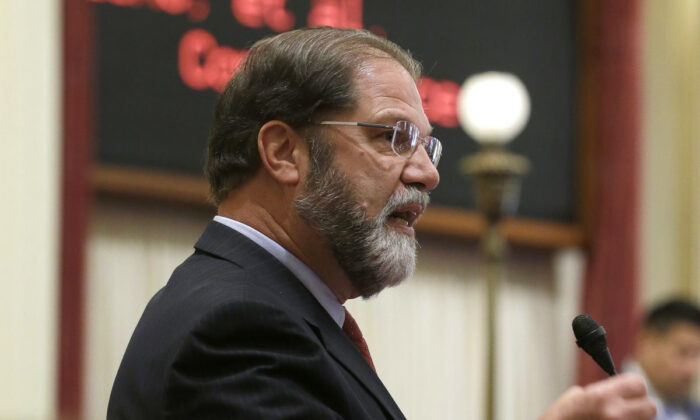 Moorlach Considers Run for Seat on OC Board of Supervisors

Incumbent Sen. John Moorlach (R-Costa Mesa), who appears headed for defeat in a bid to retain his seat in the California state Senate, has indicated that he’s considering a run to replace departing Chairwoman Michelle Steel on the Orange County Board of Supervisors.

Steel is headed to Washington after winning a tight race in California’s 48th Congressional District during the Nov. 3 election. She defeated incumbent Rep. Harley Rouda (D-Newport Beach), who recently conceded.

Two years remain on Steel’s District 2 term, which will be completed by the winner of a special election. It will be held within 70 days of her official resignation, which is likely to happen around the time that Steel is inaugurated into Congress.

Now, the public is wondering who will replace her. Moorlach told The Epoch Times that he’s qualified to handle the job should he ultimately compete for the position.

Moorlach—who trails Democratic challenger Dave Min by more than 12,000 votes, or about 2.3 percent, as of Nov. 14—appears to be interested in running for Steel’s District 2 seat, which he previously held for eight years, provided that his reelection bid fails.

“I would already be able to hit the ground running, should I be elected to that position,” Moorlach said.

When asked by The Epoch Times how the two positions compared, Moorlach joked that “it’s a lot easier to count to three,” referencing the three-out-of-five majority needed when voting on the county board.

“[Being a supervisor] is more of an executive position than a legislative position,” Moorlach said.

“And so when people ask which one would I prefer … I would always answer that the supervisor job is a little better from getting things accomplished and done when it comes to providing service to the public.”

In addition to the eight years Moorlach spent as a county supervisor, he was also a tax collector for Orange County for 12 years. He said that experience qualifies him for the role.

His connections in Sacramento could also help, he added. He’s a former chairman of the Urban County Caucus and a former board member of the State Association of Counties.

“Should there be legislative concerns or issues, I would have perhaps better access, or better ability to shape or to oppose or support various bills,” Moorlach said.

“I would be able to renew my relationships there, and it would give me a lot more gravitas in Sacramento than, say, someone who just comes off of a city council position or some other position that has no Sacramento experience.”

If Moorlach succeeds Steel as supervisor for District 2, it would enable Republicans to maintain the four-to-one majority they hold with Steel have on the board.

Moorlach said people have been contacting him to run for the seat, given his prior success during his eight years on the board.

“When you step into a supervisorial position, there is a pretty big learning curve with the departments and all the cities that you work with and all the rest. So it’ll be, I think, a quicker transition,” he said.

“And it’s a position where I’ve had a lot of successes, and that’s why I’ve got so many people calling me saying, ‘Get back there.’”