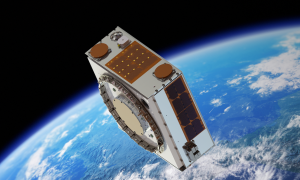 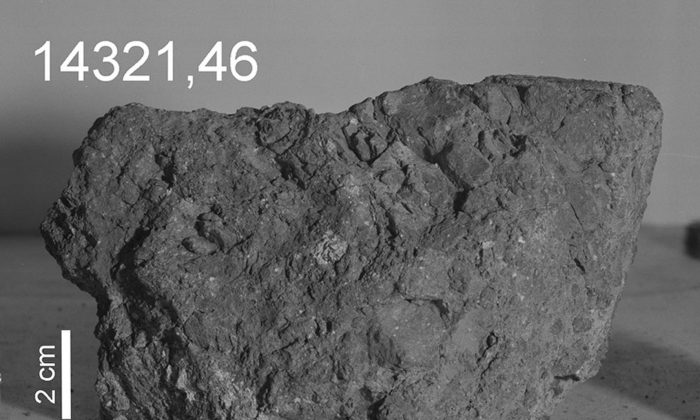 One of the oldest rocks on Earth may have been dug up on the Moon.

A piece of material that was brought back from the Moon by Apollo astronauts in 1971 has a tiny piece of Earth inside of it, according to a study.

The fragment of Earth was blasted off the planet during a powerful impact some 4 billion years ago, researchers said.

“It is an extraordinary find that helps paint a better picture of early Earth and the bombardment that modified our planet,” said study co-author David Kring, a Universities Space Research Association (USRA) scientist from the Lunar and Planetary Institute in Houston.

They found evidence that “the rock was launched from Earth by a large impacting asteroid or comet” and it “jettisoned material through Earth’s primitive atmosphere, into space, where it collided with the surface of the Moon,” according to a news release from USRA.

The rock was mixed with other materials on the lunar surface.

“The result of their investigation is a 2-gram fragment of rock composed of quartz, feldspar, and zircon, all commonly found on Earth and highly unusual on the Moon,” said researchers.

After a chemical analysis of the rock, researchers said it “crystallized in a terrestrial-like oxidized system, at terrestrial temperatures, rather than in the reducing and higher temperature conditions characteristic of the Moon.”

The researchers said there is a possibility the sample crystallized on the Moon and isn’t from Earth.

But, they stipulated, it would require the sample to have formed a very deep depth below the surface of the Moon in the lunar mantle.

“Therefore, the simplest interpretation is that the sample came from Earth,” USRA said in the release.

In elaborating, the researchers said the rock crystallized about 12 miles beneath the surface of the Earth some 4 billion years ago and was then blasted out by an asteroid.

According to the release, “Previous work by the team showed that impacting asteroids at that time were producing craters thousands of kilometers in diameter on Earth, sufficiently large to bring material from those depths to the surface.”

After the sample hit the Moon’s surface, “other impact events” helped shape it, including one event some 3.9 billion years ago, the researchers said.

“The sample is therefore a relic of an intense period of bombardment that shaped the Solar System during the first billion years. After that period, the Moon was affected by smaller and less frequent impact events,” USRA said.

About 26 million years ago, the rock was buried and melted before it was excavated by another impact.

The collision resulted in what is known now as the Cone Crater, which was explored by Apollo 14 astronauts.

Apollo 14 was the eighth manned mission by the United States, and it was the third to land on the Moon.

The study was published in the scientific journal Earth and Planetary Science Letters.