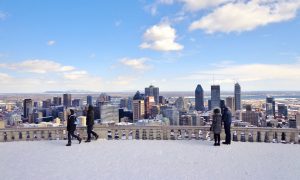 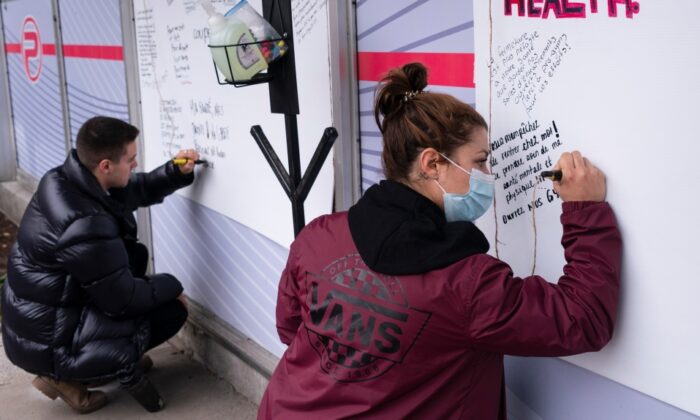 Clients each write a comment on the outside wall of a gym during a morning protest in Montreal, on Oct. 29, 2020. (The Canadian Press/Paul Chiasson)
Canada

MONTREAL—Quebec’s opposition parties are demanding the government release a document from Montreal’s health authority that is calling for gyms, museums, and libraries to reopen.

The document, obtained by Radio-Canada, says maintaining the partial lockdown in the city risks causing serious health issues for the population.

Most of Quebec has been moved to the highest pandemic-alert level, under which gyms, bars and entertainment venues are closed and gatherings are banned. Montreal’s public health authority is suggesting gyms, libraries and museums be reopened and that restrictions on outdoor and indoor gatherings be eased.

Premier Francois Legault is scheduled to hold a news conference later in the day alongside the health minister and the province’s public health director.

Quebec reported 1,138 new cases of COVID-19 Thursday and 28 more deaths attributed to the novel coronavirus, 10 of which occurred in the past 24 hours.

Health authorities said hospitalizations decreased by one compared with the prior day, to 538, and 82 people were in intensive care, a rise of one. The province conducted 27,326 COVID-19 tests Nov. 3, the last day for which testing data is available.