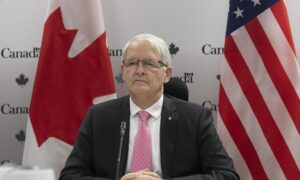 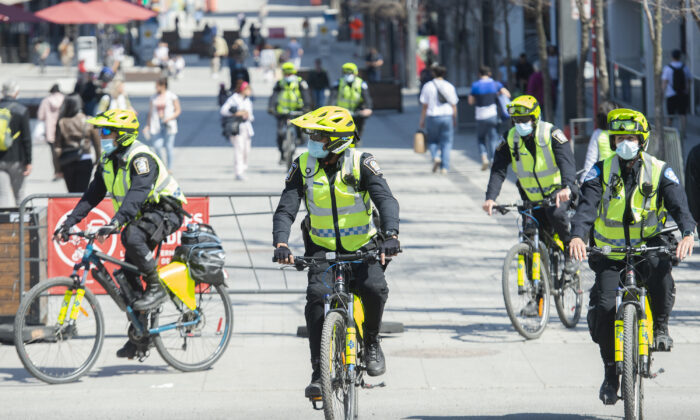 Footage from the scene shows police putting handcuffs on one journalist with the media outlet, and blocking off access of other staff to the site.

Police allege violations involved not following social distancing and mask requirements, according to CTV News. Rebel News founder Ezra Levant says the site was not “a social gathering site,” but rather “a hotel—an Airbnb.”

Levant said police officers showed up at the outlet’s rented Airbnb houseboat at Old Port on April 10. The crew was using the site for accommodation and as a makeshift headquarters to facilitate their reporting in Montreal.

Several videos posts on Twitter show police officers setting up a perimeter and preventing Levant and his staff from entering the houseboat.

Levant said the police did not have a search warrant, and when he objected to letting them search the site, they taped off the area and declared it a “crime scene.”

Look at these @spvm thugs. See you in court. https://t.co/roDg8jvAa1 pic.twitter.com/gjiKp6bdS8

Asked why entry was prohibited, one officer told Levant in a video he uploaded that it’s because “there is an intervention and some investigators are on the case right now.”

One video shows Rebel reporter David Menzies being handcuffed at the back of a police cruiser after he shoved a police officer who had shoved him. Another reporter, Keean Bexte, was also taken into police custody. Both were released later.

Rebel News has been reporting on Montreal police’s enforcement measures towards anti-lockdown protesters, and criticizing Quebec’s COVID-19 restrictions. According to the online media outlet, their reporters have been previously detailed by Montreal police while covering news.

Levant said they will sue the Montreal police.

The Epoch Times reached out to  Montreal police for comment but didn’t hear back.