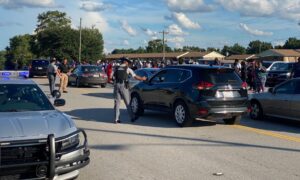 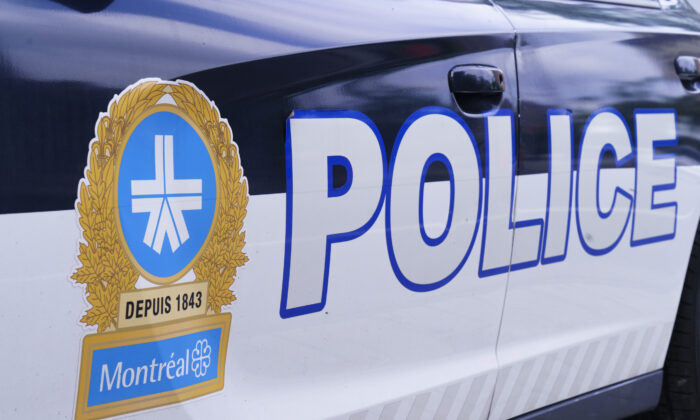 The Montreal Police logo is seen on a police car in Montreal on July 8, 2020. (The Canadian Press/Paul Chiasson)
Canada

Montreal’s police chief says two officers were targeted in a shooting early Tuesday morning, leaving one injured in the arm.

Sylvain Caron says two officers were shot at around 1:30 a.m. as they exited the McGill University Health Centre and had to take cover behind their vehicle.

He says one of the officers felt a burning sensation in her arm after dropping to the floor, adding that two bullet holes and a projectile were found at the scene in Montreal’s southwest.

Caron says no arrests have been made and investigators don’t have a motive for the shooting.

Earlier this month, the Quebec government announced a new unit composed of Montreal city police and provincial police to reduce gun trafficking and address the rising number of shootings in the province’s largest city.

That announcement came 48 hours after a shooting in the city’s northeast that police called “unprecedented,” which killed three people known to police and left two others injured.

“What concerns me today is the gratuitousness of this act of violence directed specifically at our police officers,” Caron said at a news conference Tuesday evening.

“Allow me to send a special message to my employees this evening—have confidence in your colleagues who are leading the investigation, all means will be at their disposal to solve this crime.”