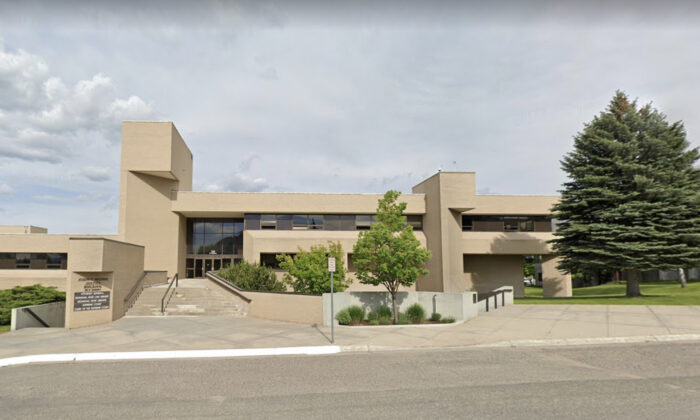 Montana’s Supreme Court has unanimously rejected an American Civil Liberties Union (ACLU) petition that would have forced the release of many inmates held in custody in the state, supposedly to better shield them from the CCP virus.

Montana Attorney General Tim Fox, a Republican, was pleased with the court’s decision.

“They alleged some pretty wild things that the Supreme Court debunked in rather chastising language for the sources of their information and allegations that just weren’t true,” Fox told reporters.

“I applaud all the district court judges who worked very hard to get in affidavits telling the court what was going on in their jurisdictions. I also applaud the governor and the Department of Corrections for all of the work that they’re doing to keep people healthy and safe, even those who might be incarcerated.”

Inmates in houses of detention are said to be particularly susceptible to contagious pathogens such as the CCP virus because they live in close quarters and, in some cases, have limited access to proper hygiene resources.

The Montana court decision comes as judges across the country largely head in the opposite direction, temporarily releasing prisoners in the criminal justice system as well as immigration detainees on compassionate grounds.

Critics say prisoners have received uneven treatment. To provide an example involving high-profile inmates, Trump antagonist Michael Avenatti, convicted of attempted extortion, has been temporarily freed and placed under house arrest during the pandemic, but informal Trump adviser Roger Stone, convicted of lying to Congress and related crimes, has not.

Some jailers are pushing back against the effort to free their inmates.

Delaware officials say inmates in that state aren’t going to be allowed to wear protective masks or be released on a compassionate basis during the pandemic, the Delaware News Journal reports.

But the Trump administration is allowing some federal inmates to be released temporarily.

U.S. Attorney General William Barr has directed the federal prison system to review the situations of all inmates who have COVID-19 risk factors identified by the Centers for Disease Control and Prevention. Barr instructed officials “to prioritize home confinement as an appropriate response” to the pandemic, according to the Bureau of Prisons.

The case, which wasn’t an appeal from a lower court, is cited as Disability Rights Montana v. Montana Judicial Districts 1–22, and was decided April 14.

Helena-based Disability Rights Montana (DRM), represented by the ACLU, petitioned the Supreme Court of the State of Montana to exercise its powers of original jurisdiction under the state constitution and “immediately reduce the population of Montana jails, prisons, and houses of correction because Montana is under a state of emergency due to the COVID-19 pandemic,” the court recounted in its order.

The group asked the court to direct each of Montana’s judicial districts to take further action to shrink prisoner populations, and to appoint someone to run the effort, as well as to immediately set free inmates deemed vulnerable to the virus.

But the group failed to carry its burden, the court ruled.

In its petition, “DRM provides nothing more than speculation that some judicial districts might not be taking action,” along with at least one “false assertion.”

The group failed to prove that corrections officials had violated any clear legal duty or that the courts of Montana were acting improperly, the court found.

DRM failed to demonstrate that local officials showed “deliberate indifference” in their efforts to curtail in-custody populations in response to the pandemic, the court noted. Officials were already carrying out the directions of Chief Justice Mike McGrath and Gov. Steve Bullock, a Democrat, to free nonviolent inmates and those at high risk for the disease, the court said.

Inmates have other opportunity to pursue temporary release, including making motions for bond reduction in the courts, which McGrath previously ordered lower courts to consider on an expedited basis, the court said.

DRM also “either completely ignored or misrepresented the facts that clearly demonstrate the Executive and Judicial Branches have implemented appropriate and detailed measures for correctional facilities and jails to address the current state of emergency surrounding the critical health and safety issues that must be addressed in light of the emergence of the COVID-19 virus in this State.”

DRM was disappointed in the legal result.

“More than one-third of people in Montana’s prisons and jails have at least one disability,” DRM executive director Bernadette Franks-Ongoy said, the Missoulian reported April 14.

“The state has a constitutional and moral responsibility to protect these peoples’ lives. Some jurisdictions are taking proactive steps to reduce their incarcerated populations, among other actions. But not everyone is taking the necessary steps to address this pandemic.”