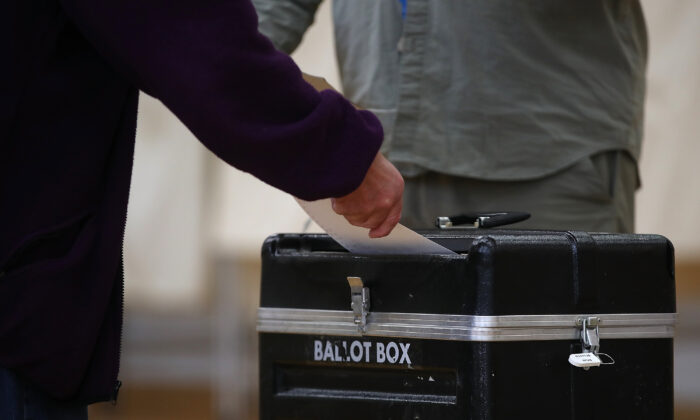 Montana Supreme Court Disallows Referendum Over How Its Members Are Chosen

The Montana Supreme Court has ruled that a referendum asking voters if the court’s justices should be elected in geographical districts instead of statewide on the Nov. 8 ballot would violate the state constitution.

“Opinions from the Montana Supreme Court have become little more than the rubberstamping of Democrat Party policies with a thin veneer of poor, tortured judicial reasoning,” he said in a statement.

“This is perhaps their most shameful and self-serving ruling yet. In order to protect their own jobs,” the five justices in the majority “deprived every Montanan of their right to decide how we elect Supreme Court justices,” Knudsen said.

Montana is one of 30 states holding elections this year for positions on their respective state supreme courts, according to Ballotpedia. The seven justices of the Montana Supreme Court are chosen by voters statewide in nonpartisan elections and serve staggered eight-year terms.

If they wish to continue serving beyond their initial terms, they must run in retention elections. If a vacancy occurs before a justice’s term has expired, the state’s governor appoints a replacement who must be confirmed by the Montana Senate. If confirmed, the justice serves until the next general election.

Since Montana became a state in 1889, members of its high court have been chosen in statewide elections. But in 2021, Republican lawmakers led by bill sponsor state Rep. Barry Usher questioned the impartiality of the judicial branch, and the Montana Legislature approved HB 325, which allowed for a referendum to be put to voters that if passed would have created seven Supreme Court districts in the state. Several other bills aimed at curbing a perceived activist judiciary in the state were also approved by the Legislature.

Supporters of the legislation said that moving to a district-election model “would help ensure the justices held political preferences more similar to the state’s electorate,” but its opponents “likened the measure to political gerrymandering,” local television station KTVH previously reported.

The legislation was challenged in court by a group of voters and the League of Women Voters of Montana, a liberal group.

In March, District Court Judge Peter Ohman found that the legislation violated the state constitution, which requires the justices to be elected on a statewide basis, noting that the state Supreme Court had previously upheld that method.

“The obligation of Supreme Court justices is to interpret and apply the law on a uniform basis statewide,” Chief Justice Mike McGrath, a Democrat, wrote in the court’s majority opinion (pdf).

“The requirements and protections of the Constitution and the law do not vary from one county or district to another. ‘They are the same whether one is from Yaak, Broadus, Wisdom, or Plentywood. Ethical rules do not permit judges to ‘represent’ particular constituencies or interest groups,’” McGrath wrote, citing an earlier legal precedent.

“The Montana Constitution, both as originally approved in 1972 and as amended in 1992, clearly entrusts the people of Montana with the election of the members of their Supreme Court. Nothing in the text, history, or purpose of the Montana Constitution, or our subsequent interpretations of it, authorizes the drastic diminishment of this right entailed by HB 325.”

The League of Women Voters didn’t respond by press time to a request by The Epoch Times for comment.