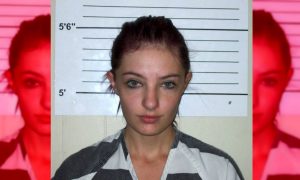 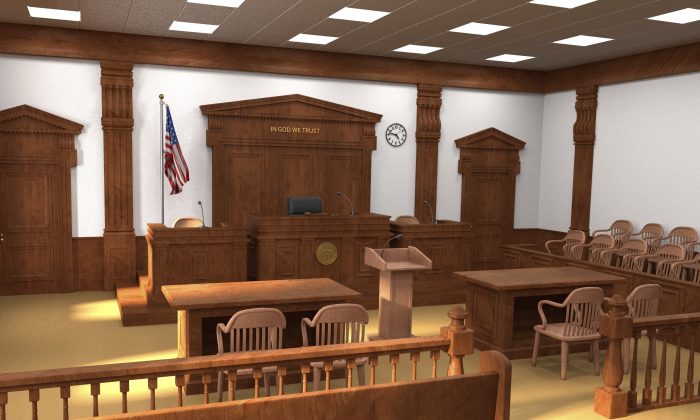 3D render of a courtroom. (3drenderings/iStock)
US News

HELENA, Mont.—A 22-year-old Montana man who was convicted of killing his parents has been sentenced to two consecutive life terms in prison without the possibility of parole.

Kaleb David Taylor was sentenced Friday, March 15, after he pleaded guilty last July to deliberate homicide in the deaths of David and Charla Taylor, the Independent Record reported.

David and Charla Taylor were killed in their home north of Helena in March 2018.

The married couple killed in an apparent double homicide near Helena Monday has been identified as David Muncie Taylor, 61, and Charla Rae Taylor, 64. https://t.co/qG11ntv6TE pic.twitter.com/KNYqSozGvr

Judge Mike Menahan said in court that Taylor will spend the rest of his life behind bars because he is “unfit for civilized society.”

“There is no reasonable prospect that you can be rehabilitated,” Menahan told Taylor.

Kaleb David Taylor has admitted to killing his parents in their home near Helena. https://t.co/4box0BXJH7 pic.twitter.com/WCasohIM5C

Lewis and Clark County prosecutors had taken the death penalty off the table early in the process. Family members had requested prosecutors seek a life sentence without parole, county attorney Leo Gallagher said.

Kaleb David Taylor was sentenced Friday after he pleaded guilty last July to deliberate homicide in the deaths of his parents, David and Charla Taylor. https://t.co/3yek3NI2zx

Taylor was convicted for stealing from a neighbor and his parents in 2015.

“They were rewarded with one of the most brutal nights of violence this community has ever seen,” Gallagher said.

David and Charla Taylor were likely attacked simultaneously while they were in bed, Lewis and Clark County Sheriff’s Detective Bill Pandis had testified.

Kaleb Taylor did offer an apology in court.

“I made a mistake and took two people’s lives,” Taylor said.