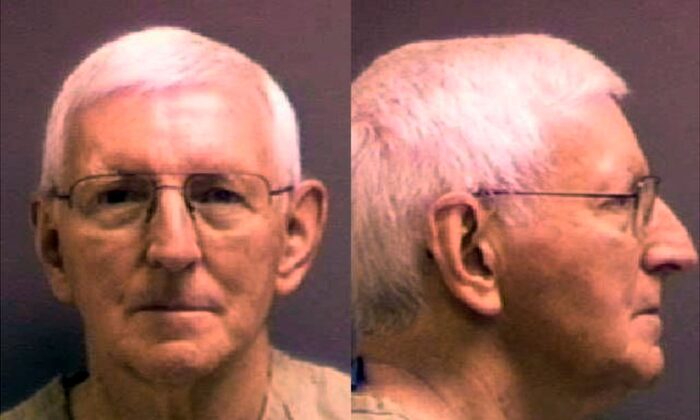 Courtney Brooke Atlas, 79, confessed to killing Pamela Ann Dorrington, who disappeared in 1968. Part of her torso was found near the boat dock at Gates of the Mountains Marina on Holter Lake four months later.

Atlas, who was 26 at the time, was Dorrington’s landlord. He had always been a suspect, officials said, but there was no forensic evidence tying him to the crime.

Atlas confessed on Wednesday, in detail, after being given immunity from prosecution for the crimes, Lewis and Clark County Sheriff Leo Dutton said. Dorrington’s family was consulted before the immunity offer was made.

Atlas said he called Dorrington on the morning of Feb. 17, 1968, and said there was a water leak in her apartment. He went into her apartment, strangled her to death, and sexually assaulted her, Detective Jess Metcalf said.

Atlas reported he put her body in a barrel, put it in his car, and drove to a hangar where he taught flying lessons. After teaching his lessons, he said he drove the barrel out to the Lakeside area on Hauser Lake, where he used a knife and hatchet to dismember her body before putting her remains back in the barrel.

He left the barrel in the area while he went to meeting and then returned later that night, disposing of her body by throwing the barrel off the York Bridge into the Missouri River northeast of Helena.

Atlas said he believed the barrel broke open when it hit a bridge support, Metcalf said.

“This was cold, this was calculated, and we’re not giving all the details of this gruesome homicide,” Dutton said. “It is difficult hearing what was done. He fantasized about her and acted upon it.”

Atlas told investigators he “found God,” in prison, Dutton said, and “he wanted to clear that off his conscience.”

Atlas is in prison after being convicted of deliberate homicide and arson in the death of his wife, Donna, in a July 1983 house fire north of Helena.

He had filed for bankruptcy in early 1983 and was the beneficiary of homeowners’ insurance and his wife’s life insurance, which totaled $250,000, according to Montana Supreme Court records.

During his trial, experts testified that Donna Atlas was dead before the fire started, likely due to strangulation, and that an accelerant may have been poured on her body, court records said.

Atlas had denied killing his wife, even appealing his conviction, but admitted to it during his confession at the Crossroads Correctional Center in Shelby, Detective James Ward said.

“He never went into detail about it, but he took responsibility for that,” Ward said.