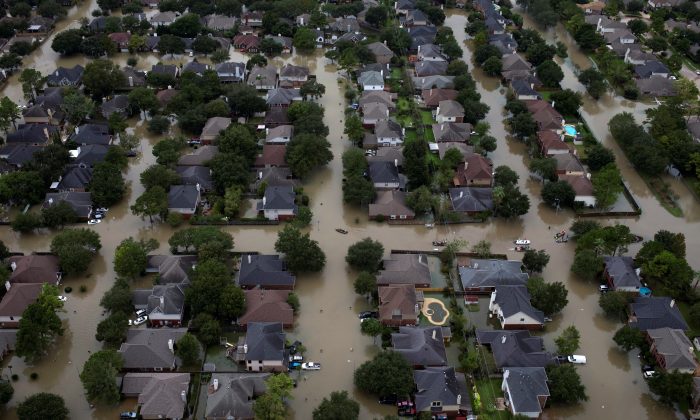 As Texas recovers from the damage caused by Hurricane Harvey, a video of an unusual rescue operation emerged.

The video, posted on Twitter by Michael Keyes, shows the Cadillac pulling the medium tactical vehicle to the edge of the water and then waiting for the water to pour out.

Later, another truck joins in to pull the military vehicle all the way out as observers cheer.

The storm has displaced more than 1 million people, and more than 45 are feared dead from the flooding that paralyzed Houston. River levels swelled to record highs and knocked out the drinking water supply in Beaumont, Texas, a city of about 120,000 people.

About 6,300 active duty National Guardsmen have been deployed with another 1,100 alerted for movement, the Defense Department reported. Texas National Guard has rescued over 3,800 people and assisted thousands more. It has deployed hundreds of boats and Humvees, as well as dozens of helicopters.