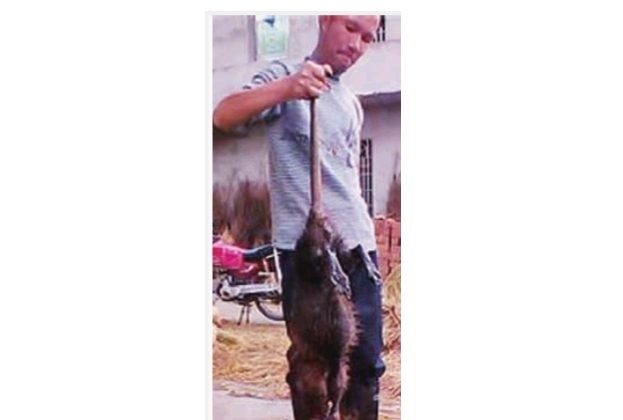 A photo of a giant rat caught in a village in Hunan Province. (Screenshot/WantChinaTimes)
China

Villagers in Hunan Province managed to capture one of two giant rats that have been preying on large fish in their local pond.

The male rodent measured over 35 inches long, including the tail, and weighed over 11 pounds. A group of men surrounded the animal, and used makeshift implements to kill it, before cooking it up to celebrate their victory.

People noticed that fish were going missing from the pond, and eventually worked out that two rats had been dragging out fish that weighed up to 6 pounds, according to Sanxian Metropolis Daily.

While preparing the feast, the villagers broke two knives hacking at the rat’s thick bones.