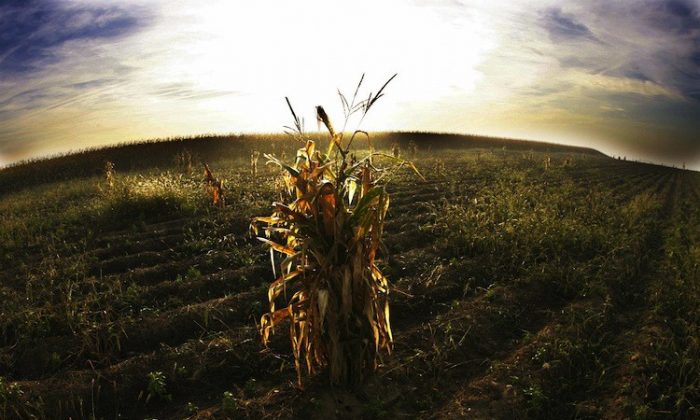 A sheaf of corn remains in a field after a harvest in this file photo. (Olivier Morin/Getty Images)
Environment

Earlier this week the U.S. Congress quietly passed the Agricultural Appropriations Bill, which has been derided by opponents as the “Monsanto Protection Act,” it was reported.

In the appropriations bill, the provision essentially protects purveyors of genetically modified seeds, including Monsanto, from lawsuits amid potential health risks, according to Salon.com.

President Obama signed the measure into law on Tuesday.

More than 250,000 people have signed a petition that opposes the Monsanto Protection Act, according to Food Democracy Now.

“Once again, Monsanto and the biotech industry have used their lobbying power to undermine your basic rights,” reads a statement on Food Democracy’s website.

Now, the Food Democracy Now and the Center for Food Safety have blamed the Senate Appropriations Committee and chairwoman Sen. Barbara Mikulski.

The Center for Food Safety said that “many Democrats were unaware of its presence in the larger bill,” according to its website.

“In this hidden backroom deal, Senator Mikulski turned her back on consumer, environmental, and farmer protection in favor of corporate welfare for biotech companies such as Monsanto,” Andrew Kimbrell, the head of the Center for Food Safety, said in a statement.

He added: “This abuse of power is not the kind of leadership the public has come to expect from Senator Mikulski or the Democrat Majority in the Senate.”